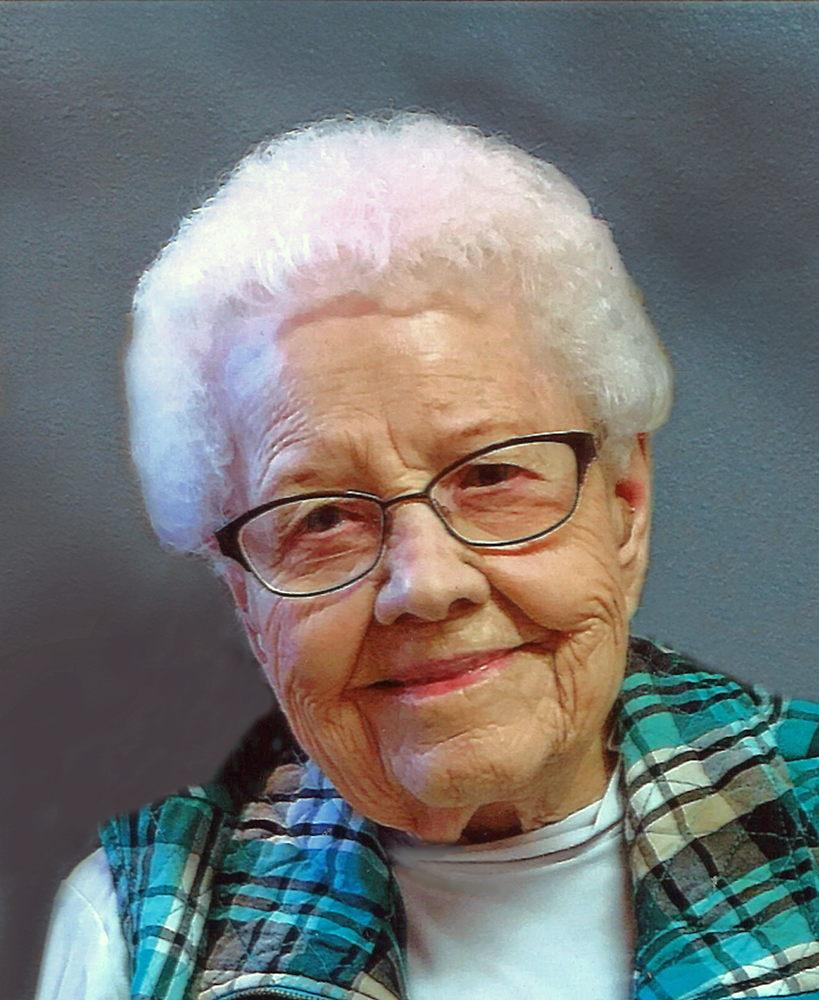 Please share a memory of Angeline to include in a keepsake book for family and friends.
View Tribute Book
Angeline Gladys “Angie” Elgersma was born July 13, 1918 at Boyden, IA, the daughter of Henry and Gertrude (De Haan) Heemstra. She spent her youth in the Orange City, IA area and attended school there, graduating from Orange City High School in 1935. Angie furthered her education at Northwestern Academy at Orange City, where she earned her Teaching Certificate. For the next two years, she taught in a one-room country schoolhouse. On September 12, 1941, Angie was united in marriage to Arthur Vander Wilt. The couple was engaged in farming near Hospers, IA until Arthur’s death in 1946. In December of 1947, she married Henry Elgersma. Together they made their home in Sanborn, IA and raised their family here. Henry passed away in 1998 after 51 happy years of marriage. Angie continued to live in their home at Sanborn and enjoyed traveling and spending winters in Arizona. She was always up for a good game of cards and loved to bake and cook – especially when her family was there to share it with. Wanting to take life a little easier, Angie moved in 2012 to Fieldcrest Assisted Living located at Sheldon, IA, remaining there until October 2019 when she became a resident of Sanford Senior Care, also in Sheldon. She passed from this life on Wednesday, February 19, 2020 at the age of 101 years. She was preceded in death by her husbands: Arthur Vander Wilt and Henry Elgersma; her son, Jay Elgersma; grandson, Terry Elgersma; and great-grandson, Brexton Anema. Left to cherish her memory are her daughters: Trudy (Paul) Anema of Sheldon, IA, and Shirley (Marly) Broek of Chandler, AZ; daughter-in-law, Darline Elgersma of Sheldon, IA; 14 grandchildren; 38 great-grandchildren; 14 great-great-grandchildren; other relatives and friends. Angie was known to always have a smile on her face and gratitude in her heart. She will be missed and lovingly remembered by all those who knew her.

Share Your Memory of
Angeline
Upload Your Memory View All Memories
Be the first to upload a memory!
Share A Memory