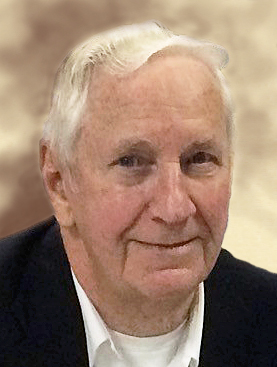 Please share a memory of Harold to include in a keepsake book for family and friends.
View Tribute Book
Harold Victor Brandt was born May 16, 1935 near Melvin, IA, the youngest of eleven children born to John Christian and Elsie Christina (Schuster) Brandt. He grew up on his parent’s farm along with his brothers and sisters; all of them helping with daily chores and farm work. Harold attended country school through the 8th grade, but with his father’s failing health, he was needed at home to help manage the workload. His father died when he was 17 years old. On December 8, 1955, Harold began serving his country with the United States Navy; being stationed in Hawaii. He obtained his GED while in the service. In 1957, he received his honorable discharge and transferred to the Reserves until December of 1961. Upon returning to Melvin, Harold took on various jobs and helped his brother and neighbors with their farm work. On Friday evening, November 7, 1958, he was united in marriage to Francine Burdene Vos at the American Lutheran Church in Melvin. Two children were born to this union: Lonnie and Leilla. Harold worked for Graves Construction in Melvin where the new couple made their first home. Eventually they moved to Sanborn, IA and Harold was employed with Dahlen Transport of Sanborn as a driver, dispatcher, and mechanic. He then worked for Dan Dugan Transport, also in Sanborn, as driver, dispatcher, and mechanic. The company ceased operations in 1985. Shortly after, he worked for Central Petroleum Transport out of Sioux City, IA until 1999, selling his truck in 2000. He worked for a short time at Rosenboom Machine and Tool at Sheldon, IA and then part-time with O’Brien County until retiring in 2004. He and Francine have also been involved with the Shaklee company since 1972, operating out of their home. Harold was never one to just “sit around” and his days were always full, but when he did take a moment to unwind, it was usually to tinker around the house or spend some relaxing time with his family. On Sunday, February 2, 2020, Harold passed from this life at the age of 84. He now joins those who went before him: his parents, John and Elsie Brandt; siblings and spouses: Margaret (Richard) Dagel, Arnold “Bud” (Kathryn) Brandt, Agnes (Edwin) Krager, Lois (Dean) Luton, William “Bill” (Ruth) Brandt, Lloyd Brandt, Arlin (Deltha) Brandt, John Jr. “Jr.” (Ilene) Brandt, and Betty Brandt; mother and father-in-law, John and Jessie Vos; brothers-in-law, Wally Tesch and Pete (Barb) Vos. Left to cherish his memory are his wife of 61 years, Francine of Sanborn; children: Lonnie (Gayle) Brandt of Arnolds Park, IA, and Leilla (Ken) Reitsma of Sanborn; grandchildren: Ashley (Stefan) Sybesma, Kira Brandt and Chad Shelabarger, Kyle Brandt, Amber (Cody) Stange, and Ian Brandt; great-grandchildren: Addison, Kinley, Emrey, Melody, Mason, and Tatum; one sister, Dorothy Tesch of Paullina, IA, sisters-in-law, LaVonne (Gary) Daggett, and Darla (Randy) Brown all of Sanborn; many, many nieces and nephews; other relatives and friends.

Share Your Memory of
Harold
Upload Your Memory View All Memories
Be the first to upload a memory!
Share A Memory