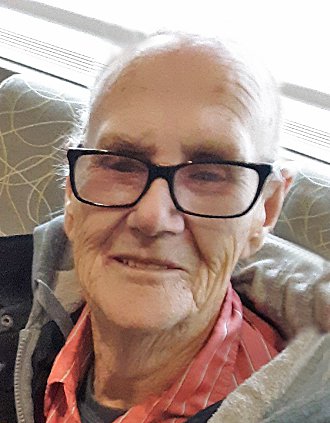 Please share a memory of John to include in a keepsake book for family and friends.
View Tribute Book
John E. Vander Werff, son of Rommert and Theodora (Rodenburgh) Vander Werff, was born on a farm near Perkins, Iowa. He attended country school through the 8th grade, and then worked at an egg production facility near Rock Valley, IA. When he was 18 years of age, John enlisted in the Army National Guard and was stationed at Ft. Polk, Louisiana and Ft. Mc Coy, Wisconsin. After five years of service, he received an honorable discharge - and was married - all on the same day. He remained in the Army Reserves for seven more years. Over the years, the family made their home in Hull, Sheldon, and Sanborn, Iowa. John was employed as a truck driver with Hartog Elevator in Sanborn for more than 30 years. He then worked at Rosenboom Machine and Tool at Sheldon until his retirement. John served his Sanborn community as a volunteer firefighter and EMT for 22 years. Along with his family, John also acted as custodian for 45 years at the Christian Reformed Church in Sanborn where he was a member. His love of music was shared and expressed by singing in the church choir. He enjoyed the many hours he gave to Hope Haven at Sheldon, reconditioning wheelchairs for distribution to other countries. No matter what each day held in store, morning coffee with the guys at Jay’s Restaurant in Sanborn somehow always seemed to start it off right. When the weather cooperated, John loved to go hunting or fishing. He would rather be outside than in, so mowing lawn or doing snow removal for family and friends never seemed like work. Quieter times called for tinkering around the house or playing board games with his family whom he dearly loved; he was very proud of his grandchildren and great-grandson. On Saturday, February 1, 2020, John was once again reunited with those who had gone before him. He was 83 years of age. Left to cherish his memory are his children: Randall Vander Werff of Sanborn, Iowa, and Julie Farence of Sheldon, Iowa; grandchildren: David John Farence of Sanborn and Joy (Dawson) Walker and her son, Edward Walker of Spencer, Iowa; two sisters: Esther Rozeboom and Duck Lokhorst; a brother-in-law, Jim Boogaard all of Hull, Iowa; many nieces and nephews; other relatives and friends. John was preceded in death by his siblings and spouses: Bill (Gert) Vander Werff, Tena (Bill) Pollema, Grace (Cornie) Hartog, Cornie (Mae) (Stephenia) Vander Werff, Ella (Albert) Juffer, Wilma (Jim Jansma) (Hank) De Wild, Bert Boogaard; brothers-in-law: Dick Rozeboom and Pete Lockhorst.