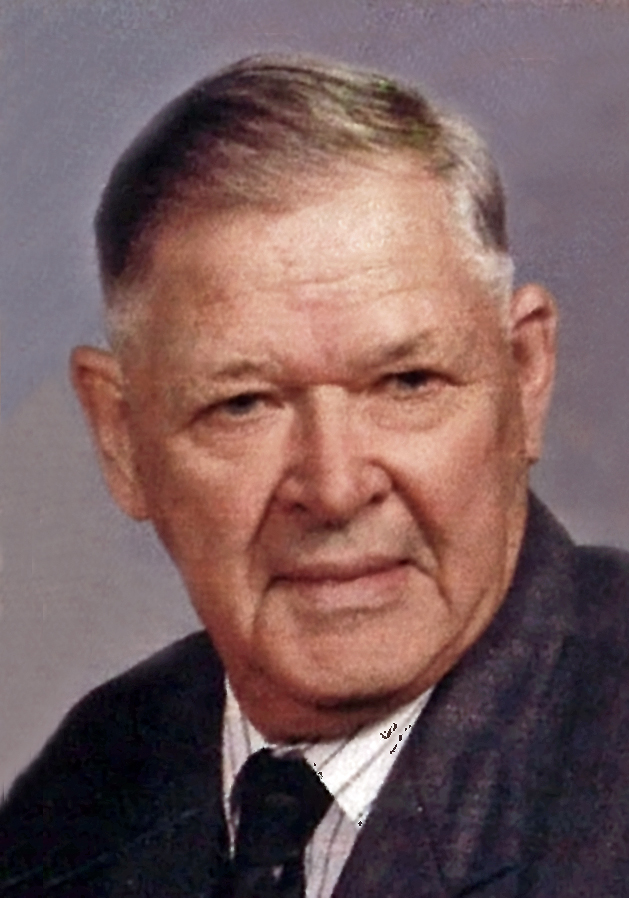 Please share a memory of Mitchell to include in a keepsake book for family and friends.
View Tribute Book
Mitchell Verdoorn, son of Joe and Jessie (DeJager) Verdoorn, was born on December 24, 1923 in Orange City, IA. He spent his youth on farms near Archer, Sanborn, and Sibley, IA, and attended country schools through the eighth grade. On February 10, 1948, he was united in marriage to Lorine Bergsma at her parents’ home in Sibley. The couple was blessed with three children. They first farmed near Sheldon, IA, and over the years, farmed near May City, Hartley, and Primghar, IA. Livestock included milk cows, feeder calves, hogs and chickens. They retired on their farm near Primghar. Throughout the years, Mitchell and Lorine travelled extensively in the United States. They spent some winter months in either Texas, Florida, or Arizona. Mitch also enjoyed fishing and fixing jigsaw puzzles. He and Lorine especially loved having the grandsons visit the farm. They were members of the Ocheyedan Christian Reformed Church, the Hartley CRC until it closed, and then the Sanborn CRC. Mitchell continued to live on the farm after Lorine’s death in 2008. He moved into the Christian Retirement Home in Sheldon in 2016, and into the Sheldon Care Center in November 2019, where he passed away January 24, 2020. Although he was a very quiet and soft-spoken man, Mitchell had two outstanding qualities - humility and faithfulness. He was very careful to never do or say anything that would draw attention to himself. His faithfulness to his wife was apparent after Lorine gradually became unable to care for herself and he cared for her at home as long as he could. He then spent six to ten hours every day helping care for her for the eight years she was in a care center. His unfailing devotion to her was a silent witness to countless others of what Christian marriage vows mean. One of his prized possessions is the lapel pin he was awarded as a young person for perfect attendance in Sunday School. He wore it on his suit coat throughout his lifetime. He was also fond of the small metal bell he received as a student at the Archer school, as well as the many valentines he received in school. Even in his last years, he would look at the child’s name on each one and know immediately who it was. Left to cherish his memory are his three children: Jan Verdoorn and his wife, Helen of Sanborn, IA, Arlene Milbrodt and her husband, Arlin of Dakota Dunes, SD, and Marsha Southwick and her husband, Steve of Ocheyedan, IA; five grandsons: Jim (Heather) Verdoorn, Rob (Traci) Verdoorn, Lee (Amanda) Verdoorn, Craig (Susan) Verdoorn, and Michael Dickey; six great-grandchildren; one great-great-grandchild (with one on the way); seven step-great-grandchildren; six step-great-great grandchildren; one sister, Alyce Offringa. Mitchell was preceded in death by his wife, Lorine; brother, William Verdoorn; sister, Gertrude Vogelaar; and four step-great-great-grandchildren.

Share Your Memory of
Mitchell
Upload Your Memory View All Memories
Be the first to upload a memory!
Share A Memory