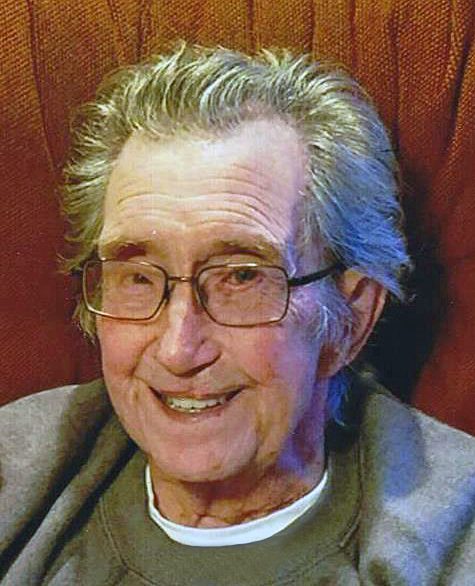 Please share a memory of Jacob to include in a keepsake book for family and friends.
View Tribute Book
JJ completed his earthbound faith journey and began his eternal sojourn on January 12, 2020. Jacob John was born in Sioux Center, Iowa on November 13, 1927, the only child of John and Henrietta (Mol) De Ryke, and from age 7, was raised by his widowed mother. He graduated from Sioux Center High in May,1945 and immediately enlisted in the U.S. Army, fully expecting to be part of the invasion of Japan, which fortunately proved to be unnecessary. His two years of honorable service included a six-month tour of duty in the Panama Canal Zone. Following discharge, he enrolled in the University of Iowa, receiving a Bachelors degree in 1950, and, after graduate study in social work, law, and sociology, a Master's degree in 1954. In 1976, with a concentration on Organization Analysis, he received his Ph. D. in Sociology from the University of Iowa. JJ and Sheldon native, "Toni" Blankers, a 1954 graduate of the University of Iowa School of Nursing, were married at First Presbyterian (''Old Brick'') in Iowa City on October 8, 1955; a strong, loving partnership which continued for more than 61years until her death in May 2017. JJ's challenging social service career began by initiating social services and professional counseling at the Iowa Boys Training School where he subsequently served as Assistant Superintendent for several years. He then spent several years as Administrative Assistant to the superintendent at a private residential facility for "pre-delinquent" boys in Missouri. A long-held interest in overseas mission was realized by his selection as the first administratively trained and experienced Superintendent of a Christian Children's Fund home in Hong Kong where 175 staff, 64 cottages and an on-campus school provided a home, and K-12 education for more than 800 Chinese refugee children. JJ, Toni, and pre-school age son, Craig, born in Missouri, lived on campus in a relatively inaccessible part of the New Territories, immersed in Chinese culture and faced with both the need and the opportunity to learn Cantonese. Following a successful two and half-year term, they returned to the United States, visiting the "Holy Land" and several European countries en route. JJ then spent several years in graduate study at the University of Iowa and doing child care agency consulting and troubleshooting. Daughter, Heidi, was born during this time. JJ then rejoined Christian Children's Fund (CCF) at their request, and from his base in the Netherlands where the family lived for two years, JJ travelled - providing program evaluation and development services for CCF affiliated child care programs in a number of southern European, eastern Mediterranean, and ten African countries. In Africa, the focus was on evaluation of the feasibility of program expansion and the successful negotiation for the establishment of a still-functioning field office in Nairobi. Following successful completion of this two-year assignment, JJ returned to stateside employment. After resigning from an administrative position with a grant-funded agency providing services to developmentally disabled in South Dakota, due to overwhelming internal and external agency challenges, he found himself in an area devoid of professional opportunities, and with a variety of family considerations discouraging moving. Remaining in place meant easy contact with JJ's and Toni's aging parents and other family members in northwest Iowa and southwest Minnesota, and school continuity for Craig and Heidi. Family vacations in the Pacific Northwest, with visits at Yellowstone and Glacier parks en route, were also enjoyed during this time. An earlier boundary- extending experience was living for two years in the family's country of origin, learning Dutch, attending an International School (Craig), a Dutch pre-school (Heidi), getting acquainted with Dutch relatives, and enjoying a family vacation in the Lake District in England and another on the French Riviera. Drawing on knowledge and skills acquired during vacation employment, he began a residential remodeling and repair business emphasizing quality, affordable room additions, kitchen and bath re-dos, as well as including interior and exterior painting, roofing, etc. He continued this activity after returning to Iowa City in 1987, gradually tapering down to full retirement in his mid-eighties. During his moves he expressed and re-enforced his ecumenical outlook, actively participating in a variety of Christian faith communities. In Iowa City, he was a long-time member of First Presbyterian Church continuously from 1948 to 1955, intermittently from 1955 to 1976 and continuously since 1987. He participated in a number of study and action groups: at age 79 he was a lead member of a rehab group that worked in New Orleans after Katrina; volunteered with the homeless overflow project; worked at Free Lunch; served as liaison to Habitat for Humanity where he worked on multiple builds; he was a member of the 175th Anniversary Celebration committee; and most recently, he was a member of the Guiding Board working with the Congolese church that shares First Presbyterian Church's facilities.

Share Your Memory of
Jacob
Upload Your Memory View All Memories
Be the first to upload a memory!
Share A Memory