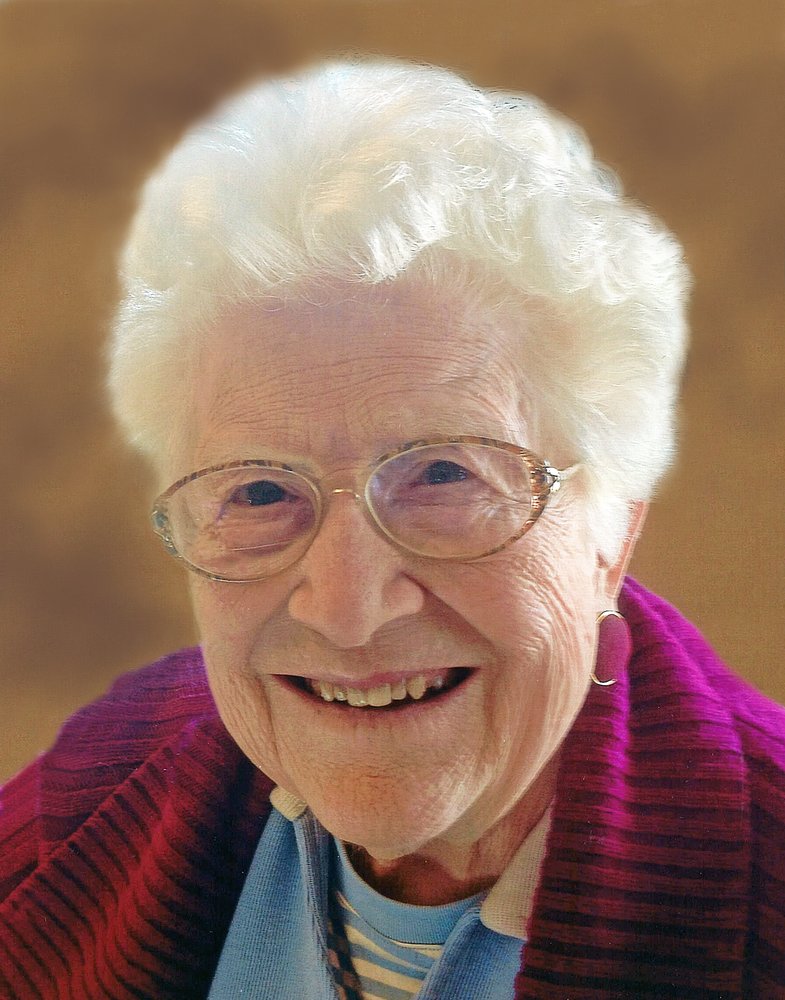 Please share a memory of Margaret to include in a keepsake book for family and friends.
View Tribute Book
Margaret Foley, daughter of Jobie and Alice (Dykstra) Baker, was born in Grover, SD on July 13, 1929. As with so many others, their farm was devastated during the depression, so the family was forced to move back to the Sanborn, IA area where parents, relatives and many friends were living. Margaret was just a small child; five years old at the time. She went on to attend school at Sanborn, and after graduating from Sanborn High School in 1948, she was employed by the telephone company in Sheldon, IA, and later in Sanborn. On June 23, 1949, Margaret was united in marriage to Leonard Foley at St. Cecilia’s Catholic Church in Sanborn. She and Leonard spent their entire married life together in Sanborn where they raised their three children: Kathleen, Michael, and Susan. Margaret continued working at the telephone company in town, along with other miscellaneous jobs, all the while caring for her growing family. Her work ethic taught all her children the value of being a good worker. In later years, she took a position as a cook at the Sanborn School, enjoying that endeavor until her retirement. Margaret loved to visit and have coffee with her friends, and was always ready to help out where she could. While she will be missed, the stories and good times shared with family and friends will live on and be remembered by all those who knew her. Leonard and Margaret thoroughly enjoyed being with their kids and grandkids. They had 54 years together to create many memorable moments before Leonard’s passing in 2003 at the age of 80. Eventually, Margaret relocated to Brookings, SD to be near her daughter, Kathy. She was a resident at The Neighborhoods nursing home in Brookings and was loved by all. While there she stayed active folding dinner napkins, helping make cookies, playing bingo, doing crafts, etc. - she always had a smile on her face. Margaret died peacefully in her sleep on the evening of Thursday, December 26, 2019 at the age of 90. She is survived by her children: Kathleen (Craig) Kreyger of Brookings, SD, Michael (Liz) Foley of Albuquerque, NM and Susan (John) Jones of Phoenix, AZ; five grandchildren: Patrick and Sarah Schott of Chicago, IL, Timothy Schott of Helena, MT, Pamela and David Degnan of Minneapolis, MN, Matthew Jones of Phoenix, AZ and Dylan Foley of Albuquerque, NM; seven great-grandchildren: Sam, Jackson, Addison and Reagan Schott, Robert, Isaac and Colin Degnan; her two brothers: Frank Baker in Arkansas and George (Carol) Baker in California; and sister-in-law, Shirley Baker of Sioux City. She was preceded in death by her parents; her loving husband, Leonard; one brother, Dewey; her sister, Minnie; and many other relatives and friends. Margaret has now completed her living journey and is going on a new path to join loved ones who went before her. She will be welcomed into the House of our Lord and greeted by those waiting there, especially her husband, Leonard. She was always kind and loving, and NEVER met someone she didn’t consider a friend. A private graveside service was conducted by Father Tim Hogan at St. Cecilia’s Catholic Cemetery near Sanborn on December 31, 2019. Because of the timing of her death, the current weather outlook for travel and the distance of all family members, a memorial service will be held in the Spring at Sanborn. Notice will be given with the time and location.

Share Your Memory of
Margaret
Upload Your Memory View All Memories
Be the first to upload a memory!
Share A Memory