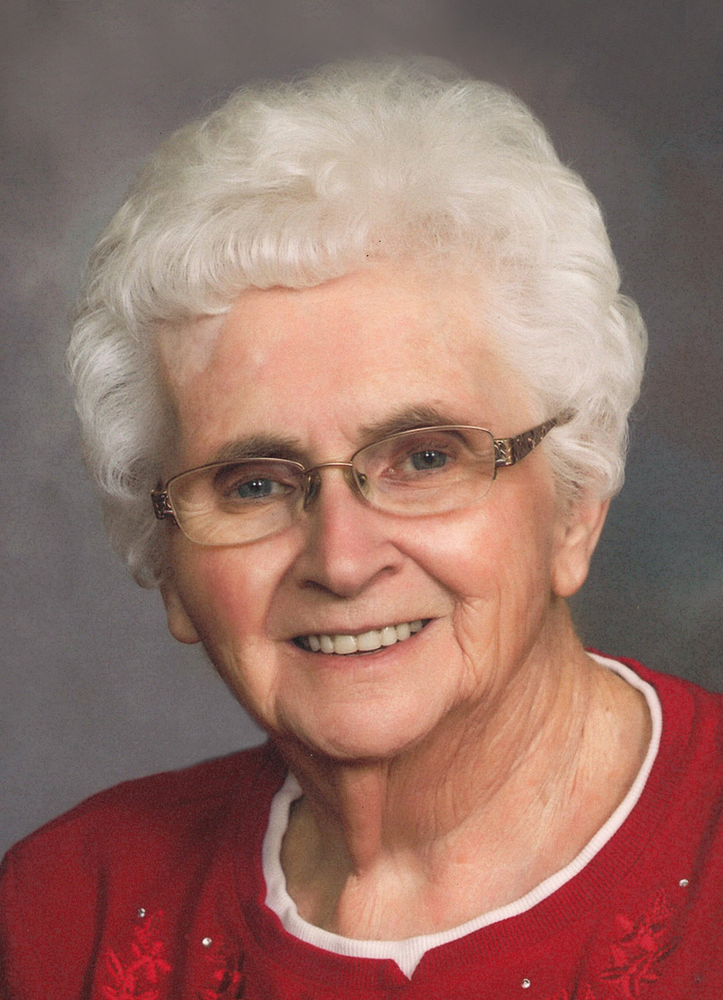 Please share a memory of Burneil to include in a keepsake book for family and friends.
View Tribute Book

Burneil Margaret Johnson, daughter of Merle Eugene and Grace Lucretia (Campion) Tinkham, was born June 20, 1930 at her parents’ home in Sheldon, IA. She and her older brother, Claire, spent their childhood in the Sheldon area, and while Claire and the neighborhood kids made good playmates, it was always a special time when their Nebraska cousins came for an extended visit…fun memories!

Burneil was only nine years old and attending the Sheldon Public School when her father was tragically killed in an accident. In 1943, the family relocated to Melvin, IA where Burneil would complete her education, graduating from Melvin High School in 1948. She then lived in Omaha, NE for eight months while enrolled in the business school there.

On April 25, 1949, Burneil became the bride of Robert William Johnson at St. Cecilia’s Church Rectory in Sanborn. The couple was engaged in farming near Melvin their entire married life. Burneil was also employed as a telephone operator in Sanborn for several years. Eventually, their family grew to include four children: Marcia, Janeen, Merle, and Jeff. Each day was filled with the responsibilities of farm life mixed in with the kids’ school and social activities, as well as volunteering as a Girl Scout Leader for the local troop. When there was time for leisure, it was usually spent bowling or playing cards with neighbors and friends.

Bob and Burneil contracted with the U.S. Postal Service as a star route carrier, delivering mail for ten years out of Sheldon to surrounding post offices. Following Bob’s death, Burneil continued the route for another decade, retiring in 1993. Still living on the farm, she now had more time to devote to flower gardening, creating beautiful counted cross stitch projects, and caring for her cats. Coordinating the Melvin Dinner Date kept her in touch with friends and what was going on around the community. Always involved in music, Burneil had been a member of “Sweet Adelines” for a number of years and participated in the Sanborn Easter cantatas. She also enjoyed giving back to her church by acting as the organist at St. Cecilia’s for 28 years. With all her family now living at a distance, Burneil looked forward to trips to see them and her grandkids. She enjoyed traveling across the United States from Washington D.C., to Arizona, Colorado, Wisconsin, Minnesota and Michigan.

In March of 2016, Burneil decided to leave the farm, and moved to Prairie View Manor at Sanborn. She enjoyed the friendly people, all the activities – especially when it involved music. She passed from this life on Monday, December 2 at the age of 89 years.

Preceding her in death were her parents, Merle and Grace Tinkham; her brother, Claire Tinkham; husband, Robert Johnson; and daughter, Marcia Johnson.

Share Your Memory of
Burneil
Upload Your Memory View All Memories
Be the first to upload a memory!
Share A Memory