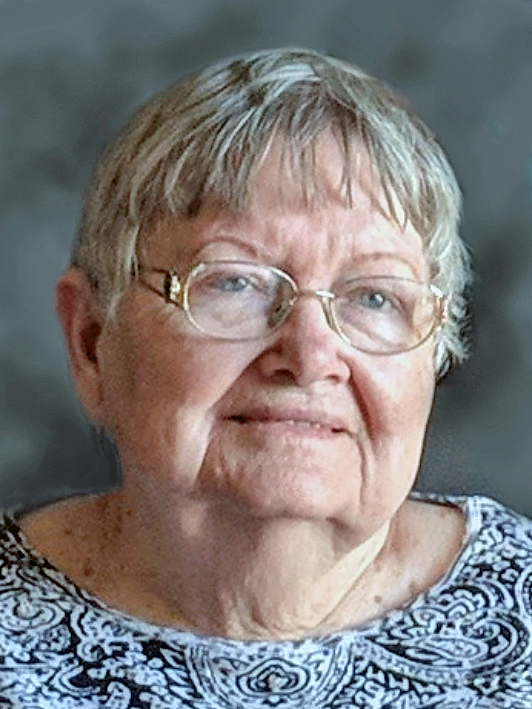 Please share a memory of Cora to include in a keepsake book for family and friends.
View Tribute Book

Cora Bell Muilenburg, known to her friends and family as Corie, was born as the Christmas bells rang on December 25,1937 in Bonham, Texas. She was the perfect Christmas gift to Riley Francis Jordan and Myrtle Marie (Jones) Jordan and was the middle of nine children. Her family moved to Encinitas, California in 1945 where Corie attended school and later met her forever love.

Iowa boy, Willam Muilenburg (Bill) was discharged from the U.S. Marines the morning of June 7, 1956, and he and Corie married that same afternoon in San Diego, California. Together they returned to Bill’s hometown of Hartley, Iowa where Corie adjusted to life far from the sunny California she had known and where she was soon introduced to Iowa’s snowy winters.

Bill worked for Biersheim’s Garage until he and Corie became the owners/operator and the business was renamed Bill’s Garage. Corie did the bookkeeping for the family business and was never afraid to take on temporary jobs when times were tough. Corie loved welcoming their children; Kim Marie in 1957, Cindy Lynn in 1959, and Larry William in 1963. In 1976, Bill and Corie welcomed another daughter, Bethany Rae, to the family. Corie lovingly devoted many years to several children other than her own at the in-home daycare she had for years. Corie kept the family active as members of the Hartley United Methodist Church.

After 53 years of marriage, Bill and Corie were separated by Bill’s death in 2010. She spent her life loving her husband, their four children, seven grandchildren, four great-grandchildren, their neighbors, community, and the Lord.

Corie was surrounded by her family and was radiantly smiling when she peacefully left this earth on November 1, 2019 after a very brief sickness. Corie is survived by her children: Kim Muilenburg of Hartley, IA, Cindy and Theo Thramer of Adel, IA, Larry and Tammy Muilenburg of Sutherland, IA, and Bethany and Travis Nolt of Rochester, MN; grandchildren: Amy and Doug Horton of Winter Park, CO, April and Matt Durham and their children, William and Amelia of West Des Moines, IA, Cameron and Danielle Crist and their children, Liam and Emberly of Primghar, IA, Cali Muilenburg and Greg Fulkerson of Sutherland, IA, and Landon and Carter Kolb of Rochester, MN; sisters: Lois and Kathy; brother, John; many nieces, nephews, cousins, and friends.

Share Your Memory of
Cora
Upload Your Memory View All Memories
Be the first to upload a memory!
Share A Memory