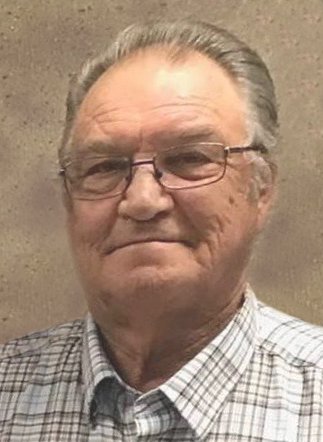 Please share a memory of Delmer to include in a keepsake book for family and friends.
View Tribute Book

Delmer C. Lode the son of Werner and Beulah (Buren) Lode was born on the family farm near Sheldon, IA, on August 13, 1942.  He lived his youth in the Sheldon area and attended country school and the Sanborn Community School through the 9th grade where he then went to work with his father and older brother on the farm. On April 17, 1963 he was united in marriage to Darleen Mae Mastbergen at the First Reformed Church in Sheldon, Iowa.

Following their marriage they lived near Sheldon, where Delmer was employed as a hired man for two years. In 1965 they moved to the Lode family farm and remained there until he entered Prairie View on September 4, 2019 and passed away September 6, 2019.  He was especially proud of having lived on the family farm his entire life.

Delmer had several different jobs while living on the farm including: farming, driving cement truck for Russell’s Redi Mix and worked for  Floyd River Sand and Gravel. In later years he was employed by B&R Golf Cars and eventually purchased the business.

Delmer was a member of St. John’s Lutheran Church in Sanborn, Iowa and Eagles Club in Sheldon, Iowa. He served on the Sanborn Community School Board and O’Brien County Extension Board.

Family was an important part of Delmer’s life. Gathering together with the children and their families for the many holidays was a standard tradition at the farm. Delmer and Darleen took many evening golf car rides “checking the crops.” Delmer always had a story or a joke to share with friends and managed to run into a familiar face everywhere he went.  His other interests included; vacations on motorcycle, coin collecting, playing cards, collecting antique John Deere tractors and memorabilia, playing golf and antique tractor rides.

Share Your Memory of
Delmer
Upload Your Memory View All Memories
Be the first to upload a memory!
Share A Memory