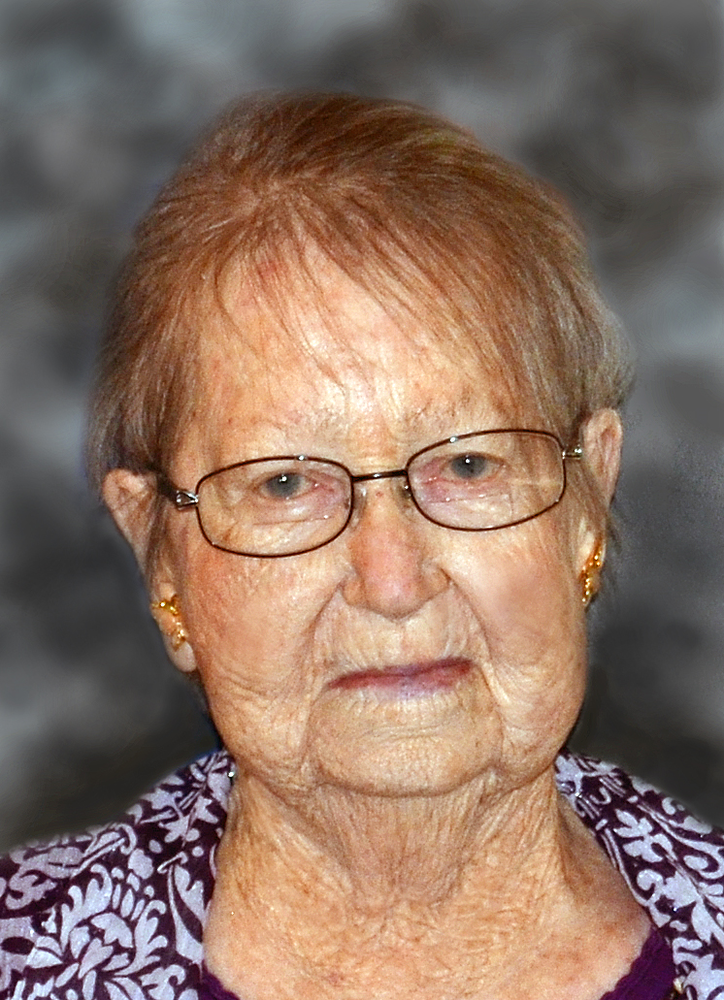 Evelyn Mae Boernsen was born on June 12, 1923 at Harris, Iowa to Lloyd and Myrtle (Muxlow) McNeil. She was baptized on December 16, 1923 at the First Methodist Episcopal Church in Hartley, Iowa. She graduated from the Excelsior High School, Lake Park, Iowa in 1942.

On February 24, 1946, Evelyn married Elmer Boernsen; to this union, seven children were born.  Evelyn enjoyed being an active partner in the farming operation north of May City, Iowa. They retired from the farm in 1983 and moved into May City, where Evelyn still resided.

She was an active member of St. John's Lutheran Church Ladies Aid. She especially enjoyed sewing quilt tops throughout the year for World Relief Quilts. She also volunteered for many years at Camp Okoboji. Evelyn crocheted many, many afghans, and hand towels for anyone she could give them to. She wanted to stay busy. She relaxed by doing jigsaw puzzles and her passion - Bullhead fishing.

Left to cherish her memory are her children: Bonnie and Richard Rudlaff of May City, Iowa, Gary Haspels of Sanborn, Iowa, Rodney and Coreen Boernsen of Everly, Iowa, Larry and Marlene Boernsen of Ocheyedan, Iowa, Cindy and Paul Johnson of May City, Iowa, Karen and Brad Nash of Arvada, Colorado; daughter-at-heart, Sherri Barton of Des Moines, Iowa; sister-in-law and brother-in-law, Helen and Carl Everts of Seward, Nebraska. She was blessed with 18 grandchildren, 26 great-grandchildren, and 3 great-great-grandchildren; also many nieces, nephews and other relatives.

Evelyn is preceded in death by her parents; husband, Elmer in 1986; son, Dennis in 1975; daughter, Nancy in 2015; son-in-law, Randy Jacobs in 1977; granddaughter, Jacquelyn Haspels in 1991; great-grandson, Cole Haspels in 2017; brother and sister-in-law, Myron and Frances McNeil; and brother, Marvin McNeil.