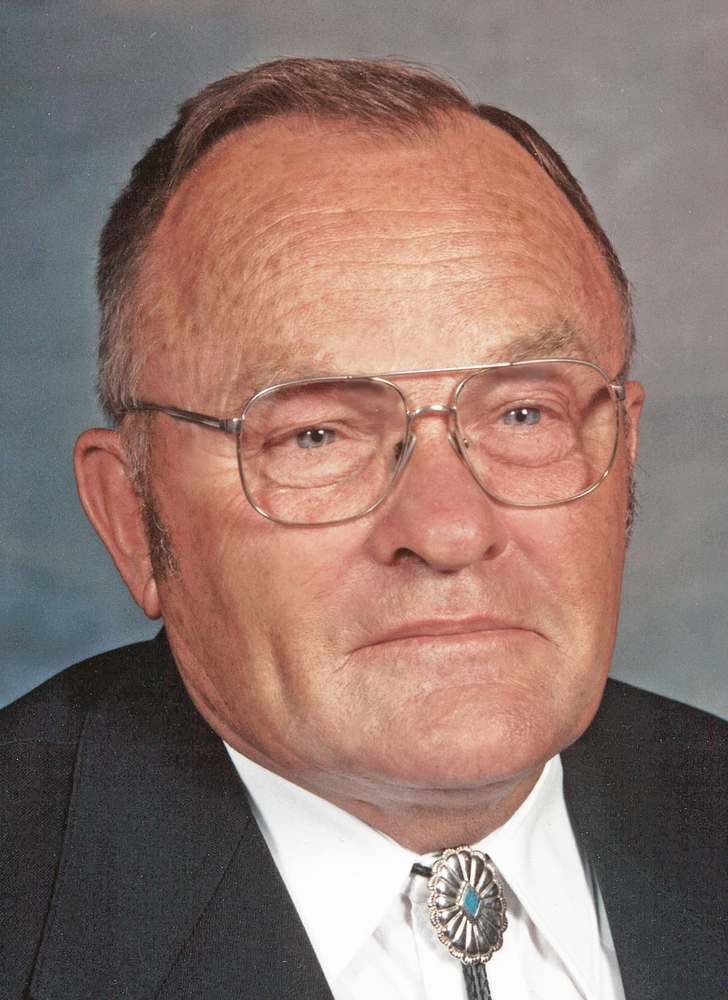 Donald Henry “Bud” Griese, son of Henry and Helen (Frey) Griese, was born October 20, 1933 at Ocheyedan, IA. He spent his early years in the Melvin, IA area where he attended the local country school. Bud completed his education at Melvin High School, graduating with the class of 1952.

In December of the following year, Bud began serving his country in the United States Army. On February 21, 1954, he was united in marriage to Norma Esther Jacobsen at the American Lutheran Church in Melvin. The couple made their first home at Copperas Cove, TX while Bud was stationed there.

Upon his honorable discharge in December of 1955, Bud and Norma came back to Iowa and began farming together northwest of Melvin. Three daughters were born to this union while living at here: Debra, Teresa, and Janine. The family called this place home for the next 20 years until relocating to a farm between May City and Ocheyedan, IA. Another 20 years would pass before Bud and Norma decided to take life a little easier and retire from farming. They purchased a home in Melvin where they enjoyed all the things small-town life has to offer including quiet nights, walking to American Lutheran Church where they were members, and the valued friendships with good neighbors. When there was free time on the calendar, they would oftentimes fill it up with traveling – something Bud always enjoyed doing.

Health issues dictated a move from their home, so as they always had done, Bud and Norma adjusted and found Prairie View to be a comfortable, safe atmosphere to live in. On Wednesday, July 24, 2019, Bud passed from this life at the age of 85 years.

Preceding him in death were his parents; his brother, Carl “Ronnie” Griese; son-in-law, Rick Duhn; and brother-in-law, Lloyd Slykhuis.

Thankful for having shared his life are his wife, Norma of Sanborn, IA; daughters: Debra Mouw of Milford, IA, Teresa Duhn of Spirit Lake, IA, and Janine (Damon) Marco of Worthington, MN; his grandchildren; his sister, Margaret Ann Slykhuis also of Worthington, MN; many nieces and nephews; other relatives and friends.