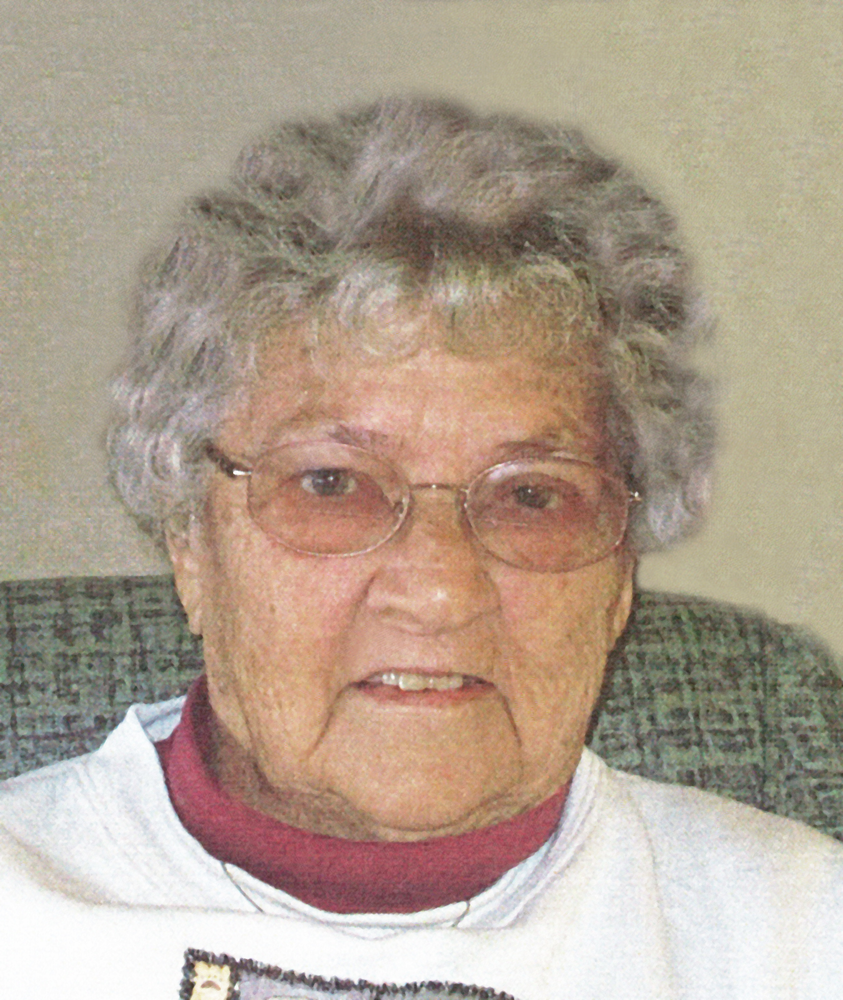 Please share a memory of Ilene to include in a keepsake book for family and friends.
View Tribute Book

Ilene Alva Brandt, daughter of John and Elda (Buchholz) Harms, was born January 12, 1933 in Des Moines, Iowa. She and her sister, Neva, grew up on a farm northwest of Melvin, Iowa, helping their Mom around the house, as well as the usual farm chores. Ilene attended school at Melvin, graduating from Melvin High School with the class of 1951.

On October 12, 1953, Ilene was united in marriage to John “Junior” Brandt. They farmed near Melvin for many years where they raised their daughter, Darla. In the early 80’s, Junior and Ilene decided to leave the farm and moved to the town of Sanborn, Iowa. Ilene was employed for several years as a waitress at Jay’s Restaurant located in Sanborn. She enjoyed the people she worked with and the new faces she met every day. When she had some time for herself, Ilene loved being outdoors working in her garden. She liked to try her luck playing Bingo and was always ready for a good game of cards or just visiting with friends and family.

On Friday, July 5, 2019, she passed from this life at the age of 86 years. Preceding her in death were her parents; her husband, Junior Brandt; grandson, Jamie Van Dyk and brother-in-law, Kenneth Robinson.

Ilene is survived by her daughter, Darla Wright; granddaughter, Christina Ruble both of Onawa, Iowa; her sister, Neva Robinson of Humboldt, Iowa; numerous nieces and nephews; other family and friends.

Share Your Memory of
Ilene
Upload Your Memory View All Memories
Be the first to upload a memory!
Share A Memory