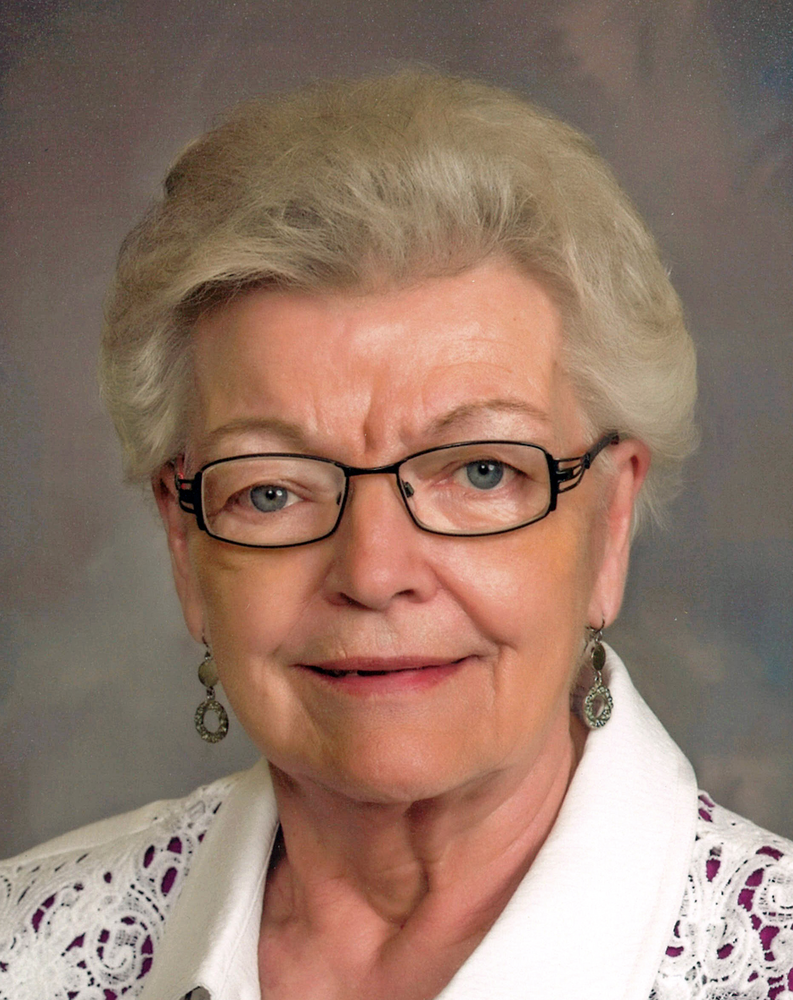 Please share a memory of Velma to include in a keepsake book for family and friends.
View Tribute Book

Velma Darlene Verbrugge was born at the hospital in Orange City, IA on July 2, 1934; the second child of Gerald and Ruth (Snip) Vande Brake. She spent her early years in the Humboldt, SD area and attended the Humboldt Public School. Childhood held many fond memories for Velma; among them were the rag doll she received for her eighth birthday, and going to town on Saturday nights for five-cent ice cream cones – a really special treat!

When Velma was eleven years old, she and her four siblings moved with her parents to a farm north of Sheldon, IA. Here, she went to the local country school and graduated from the 8th Grade. Often times, she was called upon to help neighbor ladies with new babies and housework.

While at a Christian Reformed youth group gathering in Sheldon, Velma met her future husband, James “Jim” Verbrugge. They were united in marriage at Sheldon on March 17, 1954. The couple began farming together 6 miles north and 2 ½ west of Sanborn, IA where they raised their five children. Along with tending to the daily household chores, Velma also worked for a time at Armor’s in Sheldon “candling” eggs. As their family grew, she became a stay-at-home mom, helping Jim around the farm and attending the kids’ activities.

Following Jim’s death in November of 1992, Velma moved off the farm and settled into the town of Sanborn. She worked as a Home Health Aide for 12 years, a Certified Nursing Assistant at Prairie View Nursing Home in Sanborn for 15 years, and later, as a cook for the adjoining Prairie View Manor, retiring in 2013. Having more free time, Velma enjoyed traveling. One of her favorite trips was when she and her cousins took a bus tour through Europe. Quieter times found her reading, playing Scrabble and doing Word Searches. She always looked forward to visits with her children and grandkids. She was a member of Cornerstone United Reformed Church in Sanborn, taking part in the Bible Study group and treasuring the friendships she made there with her church family.

On Sunday, July 7, 2019, Velma passed from this life at Prairie View Nursing Home at the age of 85. Preceding her in death were her parents; her husband, Jim; sisters-in-law: Carolyn Van De Brake, Glenda Verbrugge, and Myrna Koldenhoven; brothers-in-law: Wally Verbrugge, and Henry Koldenhoven.

Share Your Memory of
Velma
Upload Your Memory View All Memories
Be the first to upload a memory!
Share A Memory