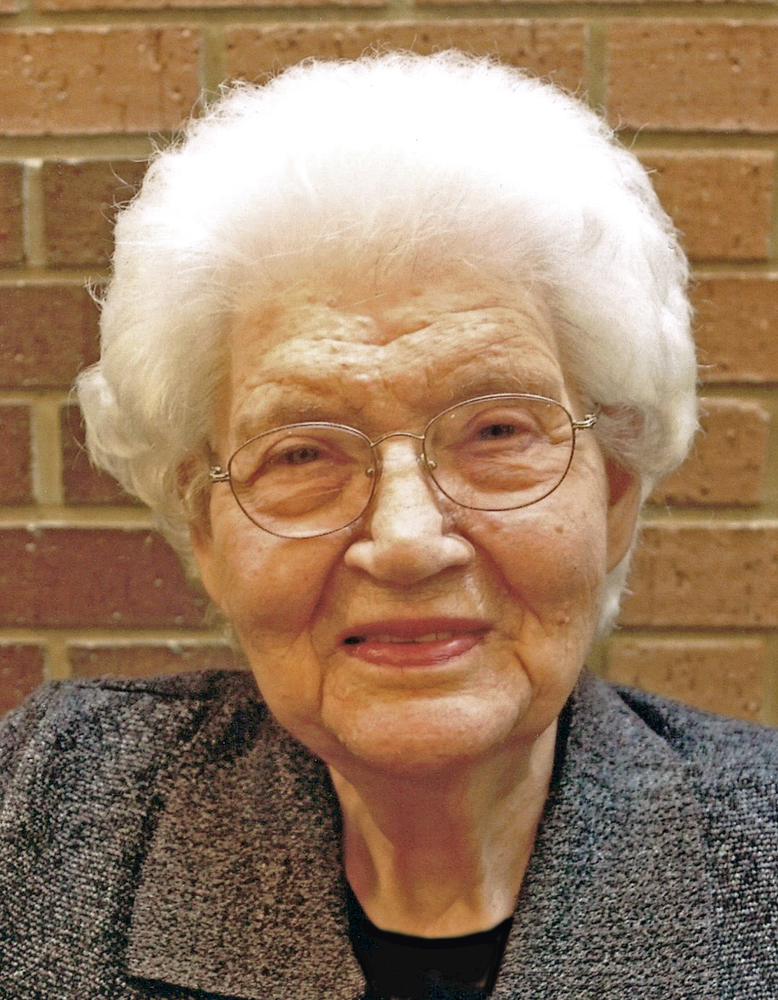 Please share a memory of Irene to include in a keepsake book for family and friends.
View Tribute Book

Irene Van Beek, daughter of Gerrit and Cora (Japenga) Van Engen, was born near Archer, IA on July 19, 1922. She attended school at Archer through the 8th grade, then moved with her parents to a farm near Boyden, IA. She completed her education there, graduating in 1939 from Boyden High School.

After moving to Sanborn, IA with her family, Irene met Gerrit Van Den Brink, and became his bride in 1942. Following their marriage, they farmed near Sanborn, becoming parents to four children: Janice, Gary, Joyce and a son who died in infancy. The family relocated to Leota, MN, farming there for several years. While at Leota, Gerrit and Irene became foster parents to Valerie Gordon. Eventually, they came back to northwest Iowa, settling at Sheldon, IA. Gerrit and Irene divorced in 1973.

Along with caring for her family, Irene was employed for 10 years at the Sheldon Hospital in the Dietary Department as Head Cook. She then worked at Sears for a few years before beginning at Village Northwest Unlimited, both located in Sheldon. Her experience in the hospital’s dietary department served her well at the Village as she was employed with them in the same area for the next 20 years. Being a compassionate person, Irene found working at the Village a joy and blessing. She considered those with handicaps as “God’s special people” and derived great pleasure in helping them. The residents there became her “second family”, and she shared the pride they felt in their achievements, however great or small. After retiring from Village Northwest, she volunteered for many years at the Treasure Chest, a thrift store connected with Village Northwest.

Being an outdoors person, Irene relaxed watching birds and butterflies, and spent countless hours in her huge flower garden! Every so often, friends and neighbors were the recipients of beautiful bouquets from her yard. She also loved to sew, but always took time to go to coffee with her special friend.

Among all her enjoyments in life, none surpassed the time spent with her family. Irene was very proud of all her grandchildren and great-grandchildren and would often attend their sporting events, being their most ardent fan!

Irene was a member of the First Reformed Church at Sheldon where she served as organist for 25 years and accompanied the Dutch Psalm Singers for 22 years. She was also a Prayer Warrior, believing in the absolute power of prayer for herself and others. For several years, Irene sat on the board of the Christian Retirement Home located in Sheldon. On November 18, 1978, she married Harold Van Beek, spending 21 happy years together until his death on January 27, 1999. In 2009, Irene became a resident of the Christian Retirement Home until moving to Prairie View at Sanborn in 2017. The following year, she moved to Sanford Senior Care at Sheldon and lived there until her passing on June 28, 2019, having reached the age of 96 years.

Preceding her in death were her husband, Harold; an infant son; her daughter, Janice Petrich; her parents; brothers: Gerrit and Wilmer Van Engen; a nephew; and one great-grandson.

Share Your Memory of
Irene
Upload Your Memory View All Memories
Be the first to upload a memory!
Share A Memory