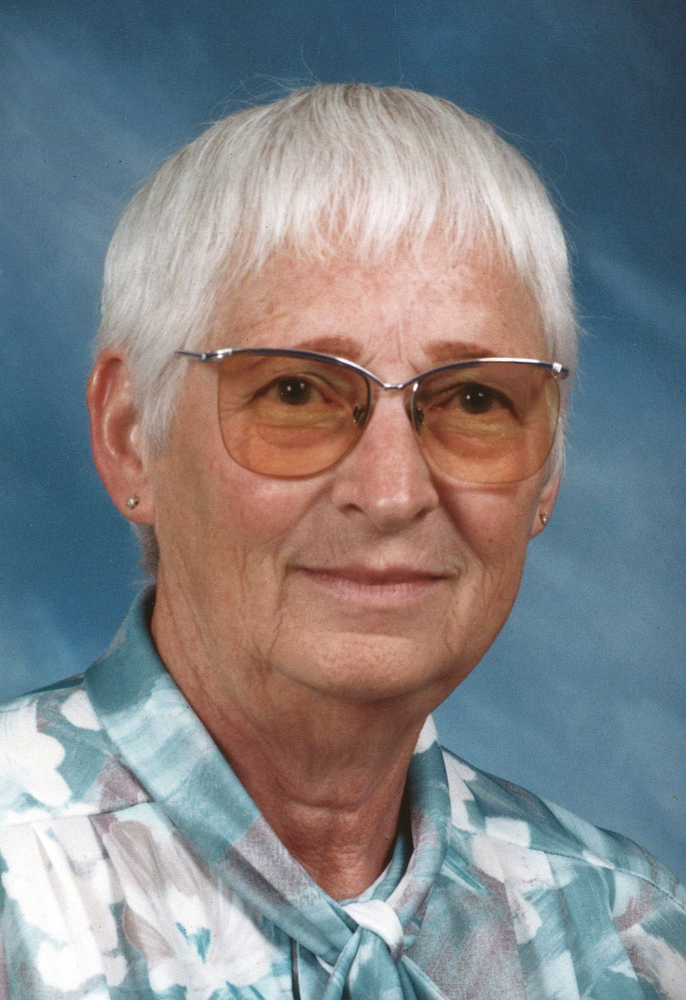 Please share a memory of Zelma to include in a keepsake book for family and friends.
View Tribute Book

Zelma Mae Sholly, daughter of Alfred William Henry and Myrtle Mae (Root) Otte, was born January 17, 1930 near Cherokee, IA. She spent her youth in the Calumet, IA area, and received her education there, graduating from Calumet High School in 1948.

On September 29, 1951, Zelma became the bride of Clarence Anthony Sholly at Sacred Heart Catholic Church in Sutherland, IA. The couple began their life together farming south of Sutherland where they lived and raised their seven children: Pat, Tony, Phil, Teresa, Sandra, David, and Jerry.

Following Clarence’s death on April 14, 1961, Zelma and the kids left the farm that December, and made their new home in Sutherland. Zelma was employed as Housekeeper for several priests in the area until the fall of 1980. She then spent the next several years living in the Iowa towns of Carroll, Sioux City, Ruthven, Spirit Lake and Algona while continuing her housekeeping duties for various priests.

When she retired in 2005, Zelma moved to Spencer, IA and found she had more time to do the things she enjoyed most – gardening, cake decorating, reading and crocheting. She was a member of Spencer Sacred Heart Catholic Church, the American Legion Auxiliary, and served on the National Counsel of Catholic Women. She always looked forward to visits and phone calls from her children and grandchildren - all whom she dearly loved.

In December 2016, Zelma decided to take life a little easier and moved into the Community Memorial Assisted Living Center at Hartley, IA. Eventually, she became a resident of the Health Center also located there. On Monday, June 24, 2019, Zelma passed from this life at the age of 89 years. Preceding her in death were her husband, Clarence Sholly; her grandparents; her parents, Alfred and Myrtle Otte; and two brothers: Elmer, and Evan Otte.

Share Your Memory of
Zelma
Upload Your Memory View All Memories
Be the first to upload a memory!
Share A Memory