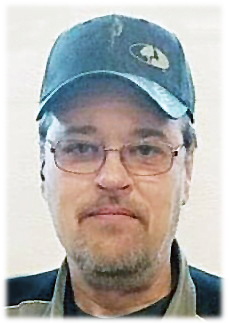 Please share a memory of Michael to include in a keepsake book for family and friends.
View Tribute Book

Being a man for the great outdoors, Michael relocated to Arkansas and lived there for many years. He enjoyed being outside and would make time for pheasant hunting and camping whenever he could. While he certainly valued every opportunity to be out in nature, he treasured the time spent with his children and grandchildren even more…they meant the world to him.

Eventually, Michael relocated back to Iowa, settling in Sheldon. After acquiring his CDL, he was employed at AGP in Sheldon in their transportation division. The past few years, he spent at Storm Lake, Iowa, working with grounds maintenance at Storm Lake Cemetery there in Storm Lake.

On Tuesday, April 16, 2019, Michael passed away at St. Luke’s Medical Center in Sioux City, Iowa at the age of 53. Preceding him in death were his parents, Peter and Barb Vos; his brother, Mark Vos; and paternal and maternal grandparents.

Left to keep his memory close in heart are his children: Contessia and her husband, Brian Janzen, and Katie Vos; four grandchildren: Melody, Alex, Angela, Gabby all of Jackson, Minnesota; his brother, Matthew and his wife, Angela Vos of Council Bluffs, Iowa; his sister, Malissa and her husband, Robert Young of Hartley, Iowa; other relatives and friends.

Share Your Memory of
Michael
Upload Your Memory View All Memories
Be the first to upload a memory!
Share A Memory