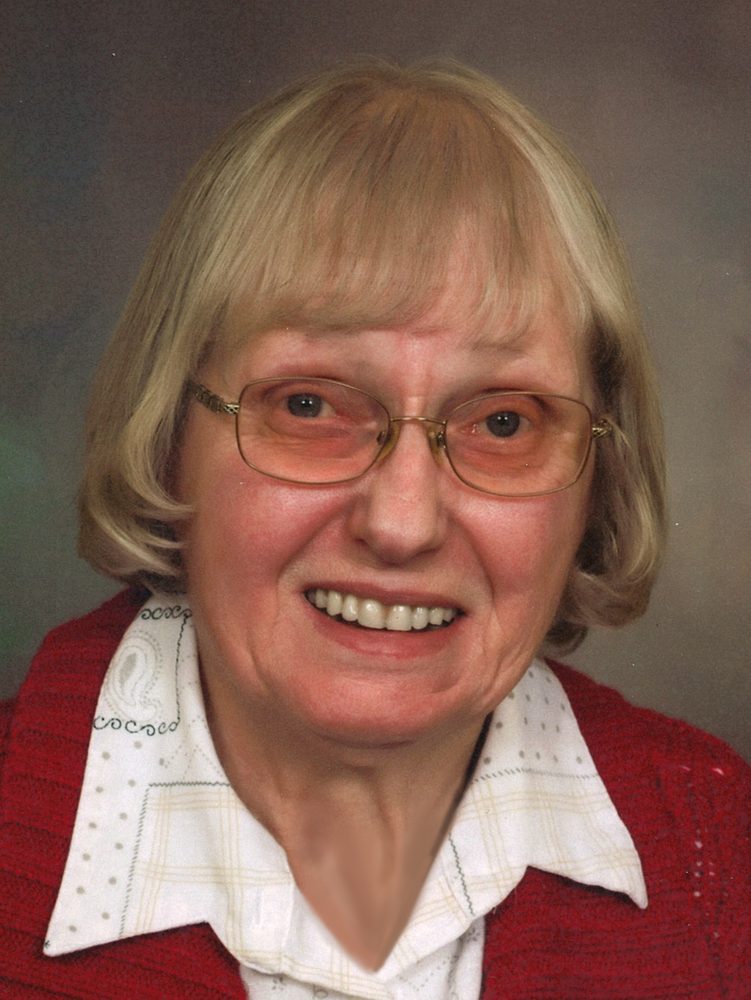 Annetta Joyce (Beving) Laubach, daughter of John and Harmka (Meyer) Beving, was born August 8, 1933 on her parent’s farm near Fostoria, IA. One of seven children, Annetta grew up around Fostoria and Everly, IA.  She often helped her mother with the many household chores and all the cooking that goes along with life in the country.
Annetta attended school at Okoboji, IA, graduating in 1951. While visiting her sister, she met Harold Laubach who was working at a neighbor’s place. On March 15, 1956, they were united in marriage at the First Reformed Church in Everly, IA. Three sons were born to this union: Harlan, Arthur, and Lyle.
Following their marriage, Harold and Annetta began their life together on a farm southeast of Hartley, IA. They would call this place home until Harold’s death in 2015. Living in the country agreed with Annetta - each day was full and productive. Along with raising their children and keeping the household in order, she helped Harold with fieldwork, chores around the farm, and tended a laying flock of chickens. She also planted a huge garden every summer, something she not only enjoyed, but canning and freezing the produce helped to feed her growing family throughout the entire year. If she wasn’t pulling weeds outside, she was managing all her houseplants inside. Annetta always loved to cook and bake; and if anyone wanted “seconds”…it only added to her pleasure. When the grandkids came along, making their favorite foods was never considered work, but an act of a grandmother’s love and devotion. If the weather dictated she stay indoors, Annetta could be found at her sewing machine – mending blue jeans or piecing a new quilt! She also enjoyed reading, working crosswords or just watching T.V. However, she could set it all aside if it meant spending some time with her children and grandchildren.
In November of 2016, Annetta left the farm and moved to Prairie View at Sanborn, IA. She enjoyed her time there, meeting new friends and taking part in the weekly Bible Study. She passed from this life on the first day of spring; Wednesday, March 20, 2019 at the age of 85 years.
Preceding her in death were her parents, John and Harmka Beving; her husband, Harold Laubach; brothers: John, Gerald, Merle and Alan; and sisters: Lenora and Janell.
Left to cherish her memory are her children and their families: Harlan (Loretta) Laubach of Sanborn, IA, Arthur (Ronda) Laubach of Hartley, IA and Lyle (Melissa) Laubach of Sheldon, IA; five grandchildren: Amber (John) Kleve, Courtney Laubach, John (Kelsey) Laubach, Brianna Laubach, and Jacob Laubach; two great-grandchildren: Xavier and Kaleb Kleve; several nieces, nephews, other relatives and friends.

Share Your Memory of
Annetta
Upload Your Memory View All Memories
Be the first to upload a memory!
Share A Memory