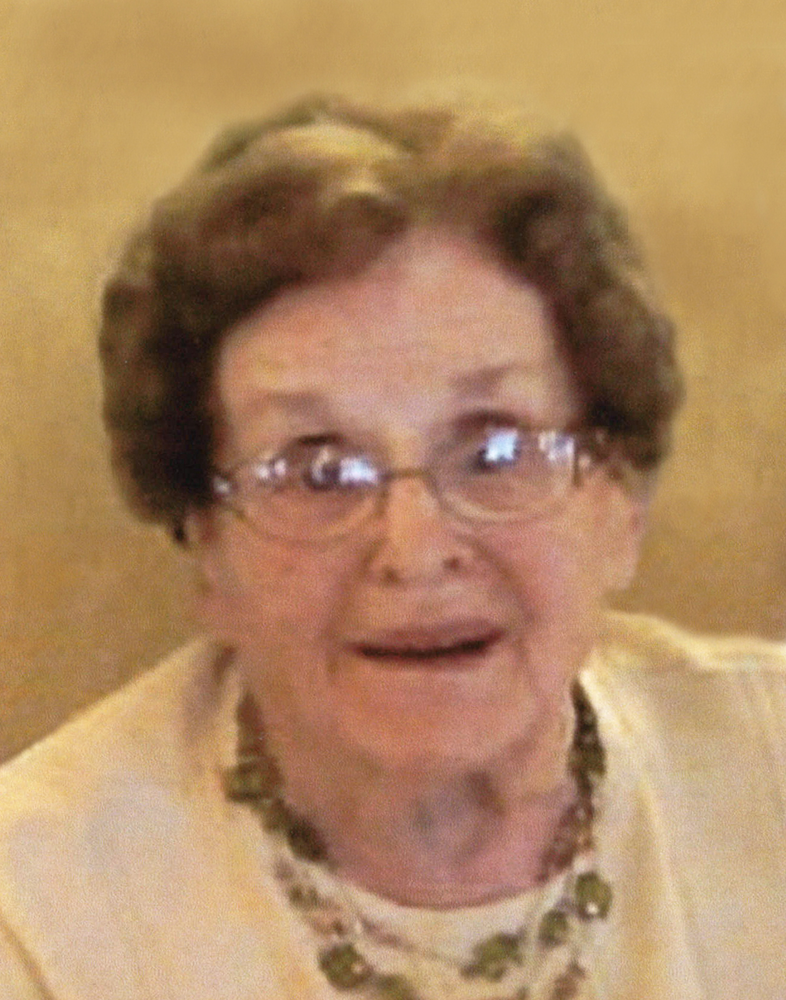 Graveside services wil take place on Tuesday, February 5, 2019 at 2:00 p.m.; no other formal services are scheduled.

Grace Lila Pohlman was born September 7, 1915 at Melvin, Iowa to Hiram W. and Rosa (Kuester) Jobes. She attended school at Melvin, graduating from Melvin High School in 1933. She furthered her education at the University of Northern Iowa at Cedar Falls, IA where she earned her teaching certificate. She then obtained a teaching position at a country school near Melvin; later reminiscing about the 3 or 4-mile walk to the schoolhouse to get the stove heated up before the children arrived.

On October 16, 1937, Grace became the bride of Edgar Pohlman also of Melvin. To this union two children were born: Patricia in 1938, and Jerry in 1943. Grace was always there for her children’s school and church activities, and made sure their house was a warm, comfortable place they could call home. Years later, she worked as a sales clerk for her brother, Glen Jobes, at his furniture store in Melvin.

Grace was a life-long member of the American Legion Auxiliary at Melvin, having served as president in 1957 and 1958. She also belonged to the Melvin United Methodist Church and participated in many church activities there, including singing in the choir.

On Saturday, February 2, 2019, Grace passed from this life at Accura Healthcare in Milford, Iowa, having reached the age of 103 years, and 5 months.

Preceding her in death were her parents, Hiram and Rosa Jobes; her husband, Eddie Pohlman; her son, Jerry Pohlman; and siblings: Elva Steenhoven, Marvin Jobes, and Glen Jobes.

Share Your Memory of
Grace
Upload Your Memory View All Memories
Be the first to upload a memory!
Share A Memory