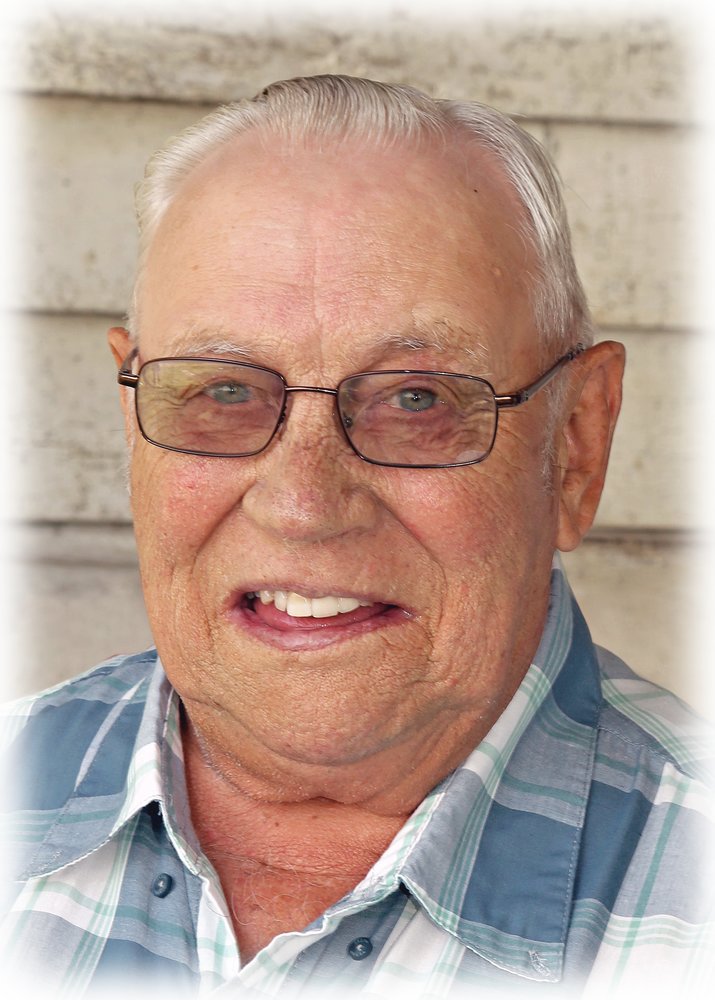 Gilbert Emery “Gib” Denny was born in the northeast quarter of Section 10 in Hartley Township to Coray and Margaret (Baumeister) Denny. He was baptized and confirmed at Trinity Evangelical and Reformed Church. He attended County School #2 for 9 years and high school in Hartley for 4 years. He stayed home as much as he could to help his parents farm. After graduation, he started farming on his own by renting 55 acres. At age 22, Gib moved with his mom, dad and sister, Jane, a quarter mile north to the original Denny family farm and lived there for the rest of his life.

Gib farmed, milked cows, and fed fat cattle, hogs, and chickens. In 1970, he was admitted to Hartley Hospital for hernia surgery. Little did he know that his life would change forever as there he met his future wife, Donna Vander Werff, who was working as a nurse. They were married May 21, 1971 and it was just a matter of time before four little Dennys were running around… Laurinda, Roxanne, Matthew and Brian!!

Gib continued farming until the year 2000. In 1993, he started a part-time job as a security guard at BSI in Hartley. After the farming years were finished, he began working full time until BSI closed in 2009. He then worked for his brother in law, Richard, until he was diagnosed with lung cancer in 2015.

Gib was always a nature lover and could recognize every bird or wild animal that he heard. He also was a great history buff and could tell stories from years ago. In later years, Gib took up cooking and baking pies and also made chocolate cake from scratch for the grandkids’ birthdays. Outside of listening to Donna play his favorite hymns, Gib was a big fan of polka music. His family always came first and he would always thank God for the time they could spend together.

Share Your Memory of
Gilbert
Upload Your Memory View All Memories
Be the first to upload a memory!
Share A Memory