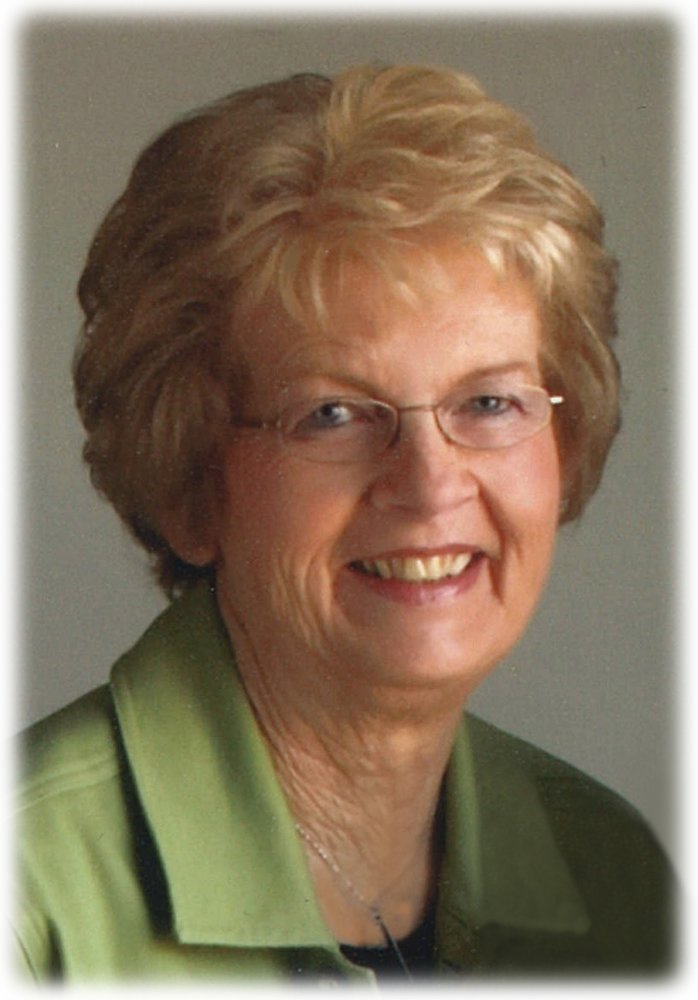 Janet Kay Stoneking, daughter of Marlin and Lois (Boom) Parcel, was born August 31, 1938 in Sioux City, Iowa. She spent her youth in the Washta, Iowa area along with her sister and brother. She attended school in Washta, graduating with the class of 1956.

On April 16, 1957, Janet was united in marriage to Charles Lawrence Stoneking at the Methodist Church in Quimby, IA. The couple lived in Georgia for a time while Chuck was stationed at Fort Gordon. Upon his discharge, they relocated to Cherokee, Iowa, along with their firstborn daughter, Rhonda. Janet was employed as a telephone operator for a short time while living at Cherokee and their second daughter, Nancy, was born here as well. Janet’s days were kept busy tending to household chores and being there for her girls as they grew up. She also had a lot of fun sewing clothes for them while they were living at home. The family moved to Fairmont, Minnesota for two years, and then to Hartley, Iowa, where they settled in and called it “their home”.

Along with caring for her family, Janet also managed a 40-year career in the Hartley School system. She began as the High School Principal’s secretary in 1969 and retired as the Business Manager for Hartley-Melvin-Sanborn School. She truly enjoyed her job - something few people can claim. It has been said, she “ran the school!”

After she retired, Janet had more time to do the things she enjoyed most…shopping, traveling and playing a few hands of cards with friends. She was a member of the United Methodist Church at Hartley and participated in the activities that happened there. However, it could all be set aside if it meant spending that time with her grandchildren. She genuinely had a special bond with each one of them, and treasured the times spent with all her family.

For the last three years, Janet has received special care at the Community Memorial Health Center in Hartley where she has resided. She passed from this life on Saturday, October 27, 2018 at the age of 80 years.

Grateful for having shared her life are her husband of 61 years, Chuck of Hartley; her children: Rhonda (Randy) Menke of Hartley, and Nancy Raska of Spencer, Iowa; five grandchildren; three great-grandchildren; her sister, Linda (Joel) Stevenson; other relatives and friends.

She was preceded in death by her parents: Marlin and Genevieve Parcel, and Lois Parcel; and her brother, Robert Parcel.

Memorial Gifts may be directed to Sanford Sheldon Hospice (Beecin)
or the Hartley United Methodist Church.

Share Your Memory of
Janet
Upload Your Memory View All Memories
Be the first to upload a memory!
Share A Memory