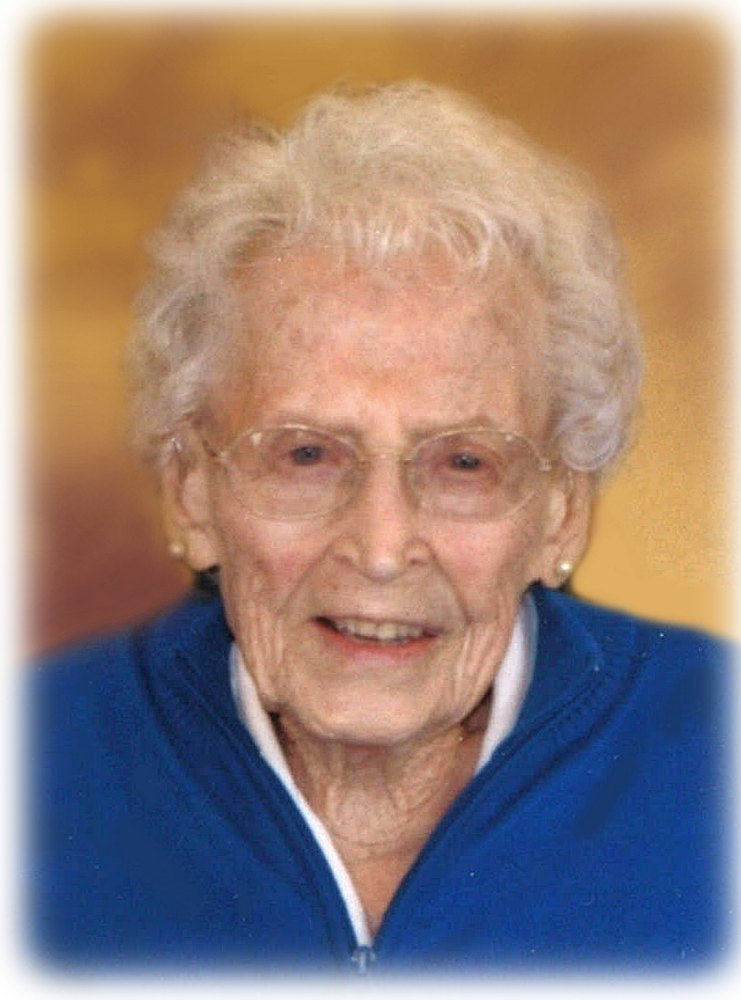 Joyce Pearson, given name Evelyn Joyce, daughter of Walter James and Grace Beatrice (Hill) Ellis, was born on April 5, 1919, in Bury St. Edmunds, Suffolk, England. She died at the Community Memorial Health Center in Hartley, Iowa, on October 21, 2018, at the age of 99 years and 6 ½ months.

Joyce attended school in Bury St. Edmunds, was a member of the Church of England and served her country as a fire watcher during World War II. She met Allen Pearson while he was stationed with the 94th Bomber Group at Rougham Air Field near her home. In 1946 Joyce moved to America and married Allen. They were married for over 64 years, living and working on farms west of Moneta, Iowa.

Joyce courageously met the challenges of life on the farm in a new country. She partnered with Allen making sacrifices for farm rent and payments. Active in the Moneta Methodist Church, Joyce often hosted circle meetings and birthday luncheons. She was known for the wonderful baked goods she prepared from scratch. Joyce was an avid knitter, meticulously creating intricate baby blankets and christening gowns which she gifted to each grandchild, and booties to countless babies. Joyce remained true to her English heritage until her death. She never missed a Royal wedding on television and enjoyed tea, biscuits, and English candies. She treasured her family, leaving a legacy of love, strong work ethic and strength of character.  Joyce also treasured and appreciated the wonderful care givers and medical staff at the Hartley Memorial Care Center where she resided during the last few years of her life. Her wonderful sense of humor remained intact until her death!

Share Your Memory of
Joyce
Upload Your Memory View All Memories
Be the first to upload a memory!
Share A Memory