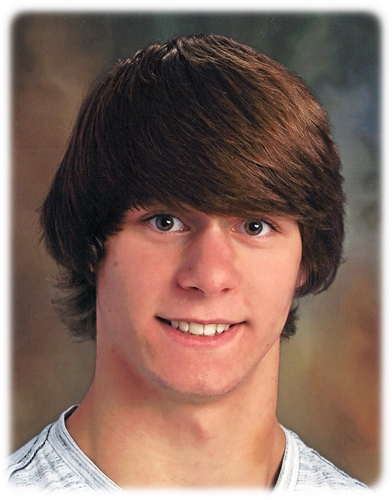 Gathering of Family and Friends

Ryan, son of Harry and Tammi (Holso) Pederson, was born June 13, 2002 in Ames, Iowa.  When Ryan was three years old, his family moved to Hartley where he made lots of friends, and Hartley became his home. In elementary school, his brother, Harry, started wrestling which sparked Ryan's interest, especially when they wrestled in their house against each other. Ryan then began Mat Hawks and the metals and trophies started piling up in the Pederson house.

As Ryan grew older, his relationship with his siblings, parents and family grew. Ryan and his mother, Tammi, had a unique relationship; they were not just mother and son, they were the best of friends. Ryan and his sister, Jessica, grew up having a fun-loving relationship with jokes, laughter, bickering, and so much love. Ryan was a comedian and always out to make others smile. With his own brilliant smile and contagious happy attitude, that never seemed hard for him to do. Ryan and his brother, Harry, lifted weights together. Ryan looked up to Harry in so many ways. He was his biggest role model and helped shape the young man he had turned into.

Ryan's interests were fishing, playing Xbox with his friends, and of course, wrestling. During the summer, Ryan made many memories fishing with his friends, but his early fishing years were spent learning the ropes with his mother and father. He enjoyed attending school with his classmates and fellow Hawks at Hartley - Melvin - Sanborn until the past year when he attended alternative school at Northwest Iowa Community College.

The most important thing to Ryan was his son, Austin. At a young age, Ryan became a father and it was something he excelled at. Ryan had so much pride and love for his son, and was truly an amazing father. He always looked forward to the days that he was able to spend time with Austin. He constantly talked about, and thought of his son, and only wanted the best for him.

Ryan was preceded in death by his grandfather, Wilbur Pederson; his aunt, Mary Ann Pederson, his uncle, Dean Cronk; and a cousin, LeRoy Webster.

Share Your Memory of
Ryan
Upload Your Memory View All Memories
Be the first to upload a memory!
Share A Memory