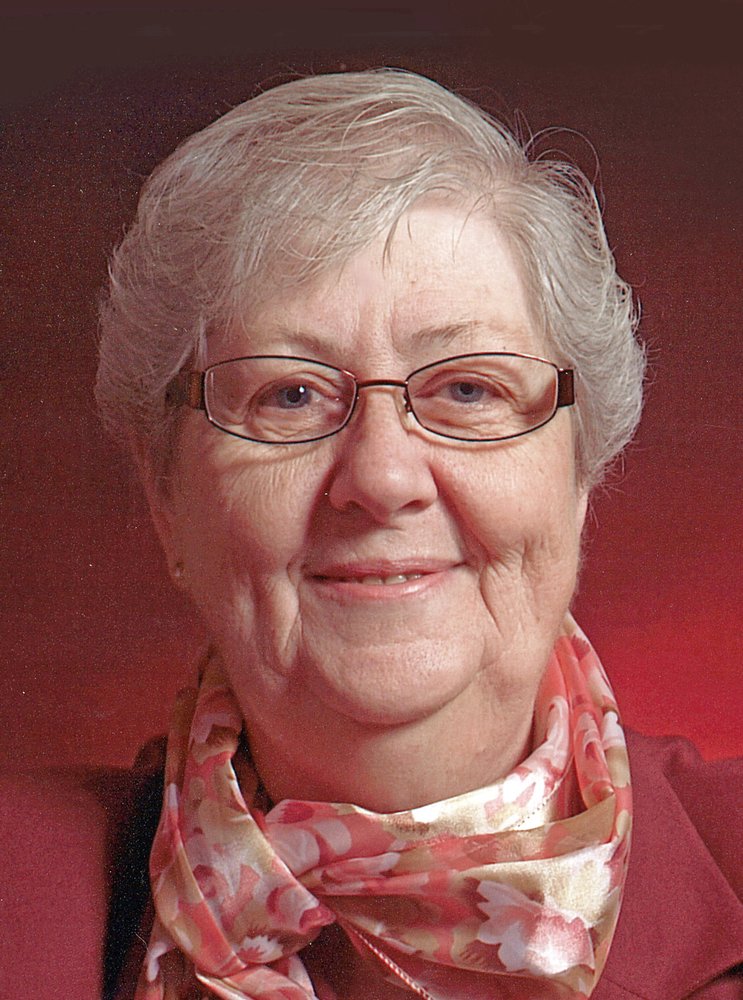 The only child of Dean and Edna (Akers) Posten, Connie was born June 2, 1943 on the Akers family farm where her mother had also been born, just north of Gravity, IA. Her early childhood was spent at Clarinda, IA where she had fun sledding in the winter, and hanging out at Berry’s Poultry Farm in town. She attended school in Clarinda, which meant walking a mile to get there each day. When she was in third grade, she moved with her parents to the 40-acre Dutton farm north of Gravity which belonged to her grandparent’s family.

Connie met Leroy Keyt, her future husband, at a basketball game. They were married on October 18, 1958 at the Free Methodist Church in Gravity – a union that would last for 50 years. Following their marriage, they lived in Clarinda and Peru, NE where Leroy attended college. Their years together were spent raising their four children, as Leroy taught school in Bloomfield, NE, Cleghorn, IA and Hartley, IA. The house they purchased in Hartley in 1970, became “home” to their family for the next 48 years.

Connie was a stay-at-home-Mom who was an excellent cook as well as a resourceful homemaker, helping to remodel their house in Hartley. She always participated in her children’s activities, being a Cub Scout Leader in Bloomfield and Hartley, and a Girl Scout “Cookie Mom” at Hartley. Along with caring for her growing family, Connie was employed as a bookkeeper for 13 years at John Deere dealerships in Hartley and Spencer, IA, and with Medi-Quip in Hartley for 7 years. She also assisted Leroy with bookkeeping and computer work for Keyt Tax and Accounting for many years.

On Labor Day, 1966, Connie was initiated into Eastern Star at Bloomfield, NE. She later affiliated with the Hartley OES Chapter which consolidated in 1980 with the Sanborn Coral Chapter of Sanborn, IA. She was Past Matron of Eastern Star, both in Hartley and Sanborn, being a 50-Year Member, and Past Grand Esther of Eastern Star. She was also active in the community, having been a 30-year member of Y’Eltrah, serving as the secretary and making program books, and a 10-year member of P.E.O. She belonged to Trinity United Church of Christ in Hartley, and the Hartley Women’s Investment Club, acting as treasurer.

When she could find the time, Connie liked to bowl, golf, or a play a hand or two of Bridge. She was also an avid quilter, making her own award-winning, original designs. She thoroughly enjoyed the creative process in “Challenge Quilts”, where she won several blue, and “Best of Show” ribbons at the Clay County Fair at Spencer.

She was preceded in death by her husband, Morris Leroy Keyt; her parents, Dean and Edna (Akers) Posten; grandparents, Forest and Letha (Dutton) Posten and Oscar and Cora (Brand) Akers.

~  Memorial gifts will be directed to Abben Cancer Center in Spencer, Iowa  ~

Share Your Memory of
Connie
Upload Your Memory View All Memories
Be the first to upload a memory!
Share A Memory