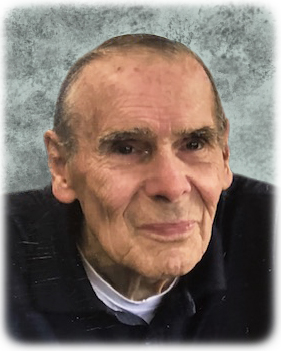 Jerome Eric “Jerry” Roth, son of Eric and Lena (Bernier) Roth, was born August 20, 1931 in Hartley, IA. Following the death of his mother at an early age, Jerry’s aunt, Laura Bernier, came to live with them. She managed the household affairs and lovingly helped raise the three youngest boys. Jerry attended school in Hartley, graduating from Hartley High School in 1951.

On July 9, 1951, he was united in marriage to Lois LaVonne Garnjobst in Hartley. Their family grew to include three children: Rodney, Beverlee, and Jeraldine “Jeri”.

Having always had a keen interest in electronics, Jerry started a small “fix-it” shop where he repaired radios and other electric-powered appliances. He then worked for Hartley Electric for many years before venturing out on his own. In the early 1970’s, Jerry and Lois established ‘Roth TV and Appliance’ at Sanborn, IA; son, Rod, came on board in 1976. The business focused on sales and service of large household appliances and entertainment electronics. They also operated a Video Rental Center out of their store for many years. It seemed like something “new and improved” was always coming down the electronics pike, and Jerry was interested to find out what made it all tick. Over the years, he went from tubes to chips, cables to wireless, televisions that took up the entire corner of a room to flat screens no thicker than a small book…and enjoyed every minute of it. If you needed the schematic of a 1951 RCA TV, he could probably pull it out of a file drawer in its original envelope! His passion for all things electric turned into a fabulous collection of vintage televisions, radios, and phonographs. He has also acquired over 50,000 vinyl records (remember those?)!

When he wasn’t near an electrical outlet, Jerry enjoyed unwinding outdoors - either treasure hunting, playing a round or two of golf, or in later years, bird-watching. He also took pleasure in making CDs for family and friends. Jerry was a member of the Hartley Volunteer Fire Department for over 25 years, something he was happy to do for the community where he had spent his entire life.

On Sunday, September 30, 2018, Jerry passed from this life at the age of 87 years. Preceding him in death were his parents, Eric and Lena Roth; his sister, Delores; his aunt, Laura Bernier; his wife, Lois Roth; and granddaughter, Jennifer Wescott.

Share Your Memory of
Jerome
Upload Your Memory View All Memories
Be the first to upload a memory!
Share A Memory