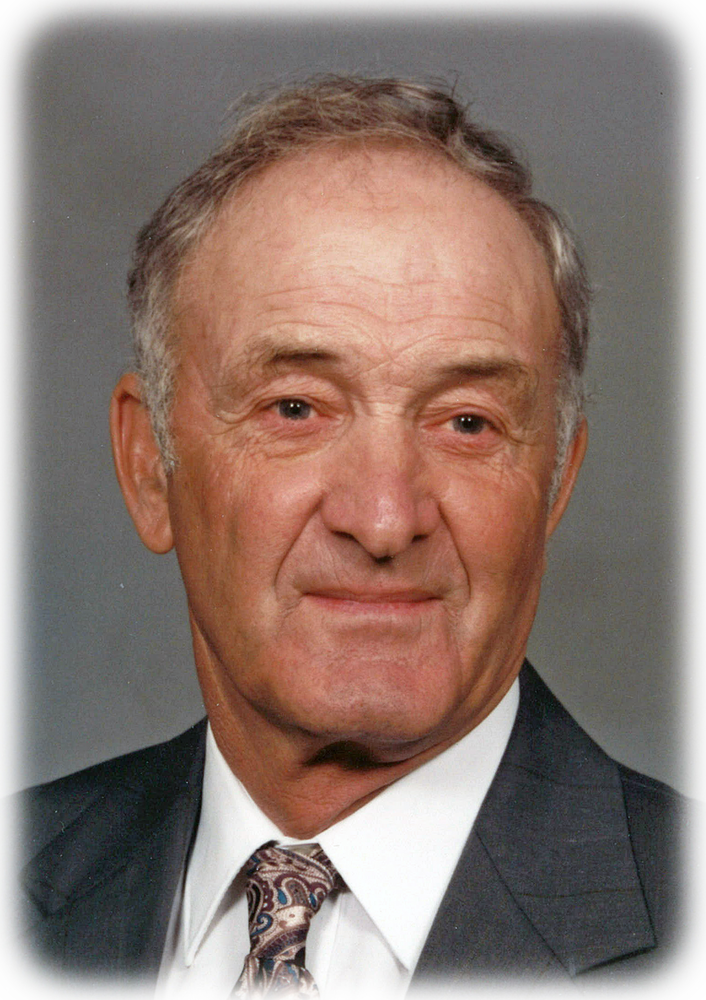 Everett Leon Lenhart, son of Fay Alfred and Iva Myrtle (Totman) Lenhart, was born June 23, 1926 at Storm Lake, Iowa. He spent his youth on his parent’s farm near Storm Lake, along with his siblings. Everett began helping his Dad with chores around the farm at an early age. He came to love the country life, and farming in general; something that stayed with him his entire life. He attended the local country school through the 8th Grade, then completed two years of High School in Storm Lake.

In September of 1950, Everett left Storm Lake to serve his country with the United States Army during the Korean War. After being released from active duty in 1952, he transferred to ERC (Enlisted Reserve Corps) for the next five years.

On February 8, 1953, Everett was united in marriage to Phyllis Irene Davis at the First Methodist Church in Storm Lake. Five children were born to this union: Alan, Brian, Linda, Rita, and Joni. The couple began their new life together living in Storm Lake while farming for friends, eventually moving to a farm of their own. After years of farming, Everett began working at Case Machinery in Storm Lake. In 1971, he and Phyllis moved to Arizona where Everett was employed by a dairy operation. In 2002, after 31 years in Arizona, he and Phyllis retired and moved back to Iowa, settling in Hartley.

With retirement came time to do the things Everett loved most…visiting with friends, and spending time with his family; especially his grandchildren and great-grandchildren whom he dearly loved.

Everett was a member of the United Methodist Church in Hartley. He passed from this life on Wednesday, September 26, 2018 at the age of 92. Preceding him in death were his parents, Fay and Iva Lenhart; sisters: Lauraine, Darlene, Ruth Ann and Delores (in infancy); brothers, Leonard and Darrell; and great-grandson, Camden Erickson-Cotter.

Thankful for having shared his life are his wife of 65 years, Phyllis of Hartley; children: Alan (Lauriena) Lenhart of Payson, Arizona, Brian Lenhart of Hartley, Linda (Abel) Solis of Queen Creek, Arizona, Rita (Greg) Cotter, and Joni (Adam) Lux both of Hartley, 13 grandchildren; 26 great-grandchildren; other relatives and many friends.

Share Your Memory of
Everett
Upload Your Memory View All Memories
Be the first to upload a memory!
Share A Memory