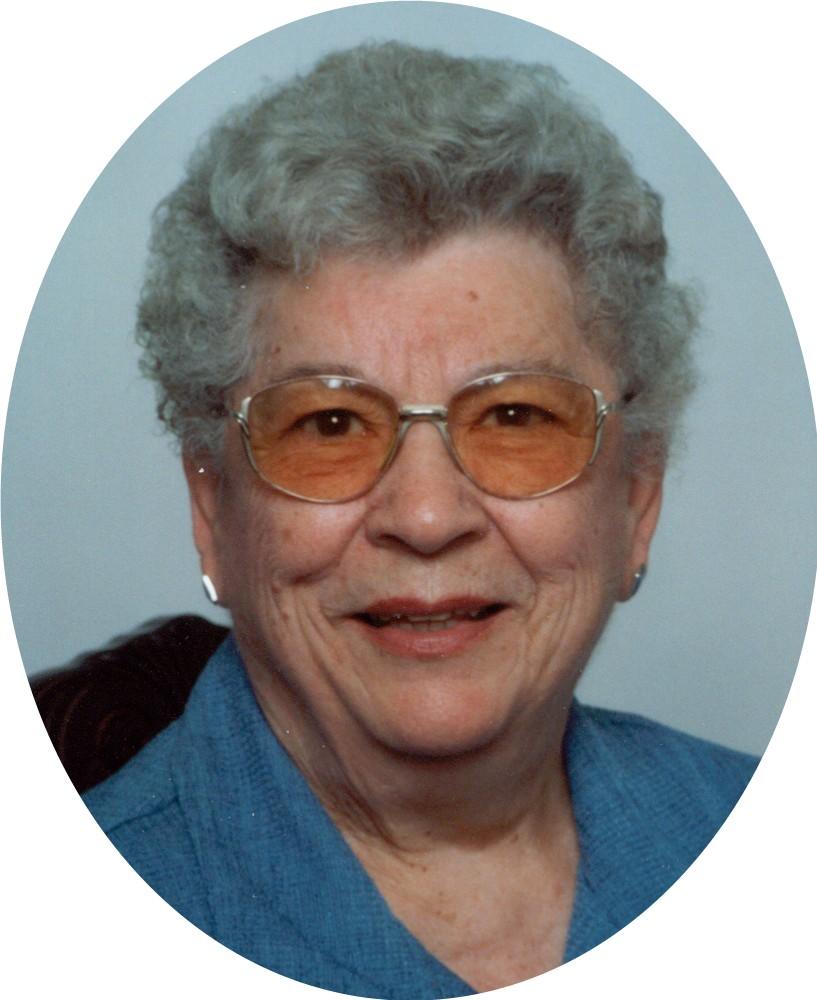 Please share a memory of Clarice to include in a keepsake book for family and friends.
View Tribute Book
Clarice Claretta (Wagner) Watterson, the daughter of Carl and Katherine (Starkel) Wagner was born on August 31, 1927 in Wolsey, SD. During her early childhood, her family moved to Sanborn, IA, where she attended the area schools, and graduated from Sanborn High School. On Nov. 30, 1947, she was united in marriage to Wesley Watterson at Melvin, IA. Following their marriage, the couple farmed and raised their three children on a farm west of Melvin. Wesley died in May of 1983. Clarice remained on the farm for a few years, and later moved into Sanborn where she lived until passing away unexpectedly on Tuesday, February 13, 2007 at the Sanford Hospital in Sioux Falls, SD. She was an active member of St. Andrew’s United Methodist Church and UMW in Sanborn. She especially enjoyed the volunteer work she did at Prairie View and at The Village Treasure Chest in Sheldon. She was an avid gardener, and loved to cook. Her homemade angel food cakes will certainly be missed. Left to cherish her memory are her children and their families: Robert Watterson and his wife, Barbara of La Mesa, CA, Ann Milbauer and Jeff Drabing of Aurora, CO, a daughter-in-law, Donna Watterson of Prescott, WI; two grandchildren: Amber Watterson and Barry Watterson, both of Prescott, WI; two sisters: RoJean Shultz and her husband, Hal of Ft. Mohave, AZ, and JoAnn Avery and her husband, Gene of Jermyn, PA; nieces, nephews, other relatives and friends. Clarice was preceded in death by her parents, her husband, Wesley, one son, Richard, and one grand-daughter, Leslie Watterson. In Loving Memory of Clarice Watterson Born ~ August 31, 1927 Died ~ February 13, 2007 Age ~ 79 years 4 months 12 days Funeral Service St. Andrew’s United Methodist Church, Sanborn 10:30 a.m. Saturday, February 17, 2006 Officiating ~ Pastor Thomas A. Connors Organist ~ Pat Wachtel Congregational Singing “Hymn of Promise” “Great Is Thy Faithfulness” Pallbearers Joe Watterson Jerry Watterson Jim Watterson Ron Timmons Barry Watterson Amber Watterson Interment Roseland Cemetery Sanborn, IA
Print