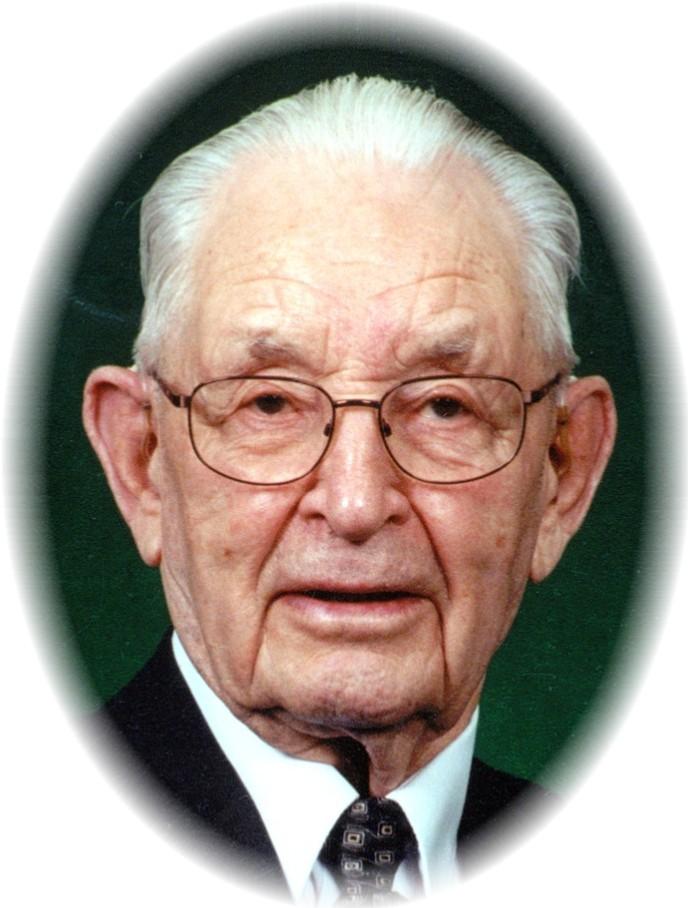 Henry Alfred Brink, the son of Henry and Cornelia (DeVries) Brink, was born near Hospers, Iowa on February 9, 1915. He spent his childhood years in the Hospers, Newkirk and Archer area, attending school in Archer. On March 31, 1938, Henry was united in marriage to Lois Marie Kleinheksel at Dakota City, NE. The couple lived their entire married life in and around the Archer area. Henry and Lois resided on a farm near Primghar following their marriage, later they moved to a farm near Sheldon. Following retirement in 1983 the couple moved to Archer where they lived until Lois’s death on March 17, 1999. Henry then moved to the Christian retirement home in Sheldon in October of 1999. In 2005 Henry moved to the Oak Park Care Center in Sheldon where he passed away on July 27, 2006. Left to cherish his memory are his daughter: Norma Kleinwolterink of Sheldon, IA; grandchildren: Sandy Boone and her husband Leroy, of Sheldon, IA, Mike Kleinwolterink of Sheldon, IA, Leon Kleinwolterink and his wife Carla, of Sheldon, IA, Dave Brink of Spencer, IA, Steve Brink and his wife Lori, of Urbandale, IA, Jeff Brink of Des Moines, IA, Lyle Brink and his wife Mary, of Sheldon, IA; two step-granddaughters: Mandy & Mickey Sykes; 21 great grandchildren; a daughter-in-law: Leanne Brink of Estherville, IA; two brothers: Paul De Kok and his wife Olga of Holland, MI, and Arie De Kok and his wife Laura of Stewartville, MN; three half sister’s: Betty Donkersloot of Zealand, MI, Eva Dow of Sparta, MI and Sylvia De Kok of Sheldon, IA; many nieces, nephews, cousins and friends. Preceding him in death were his parents, his wife, son: Wayne; son-in-law: Hank Kleinwolterink; brothers: Clarence and John; a sister: Susan Brink; step brothers: Burt and Dan De Kok; step sisters: Kathryn Vogel, Florence Grotenhuis and Sue De Kok; half brother: Gerb De Kok; half sister: Marie Oosterink. Henry Brink was a member of the Archer Reformed Church. He was also a charter member of the Bethel Reformed Church of Sheldon, IA, where he served in consistory as a Deacon and Elder, he taught Sunday school and Catechism for many years. Special interest of Henry’s were wood working, gardening, playing cards as well as scrabble.
Print