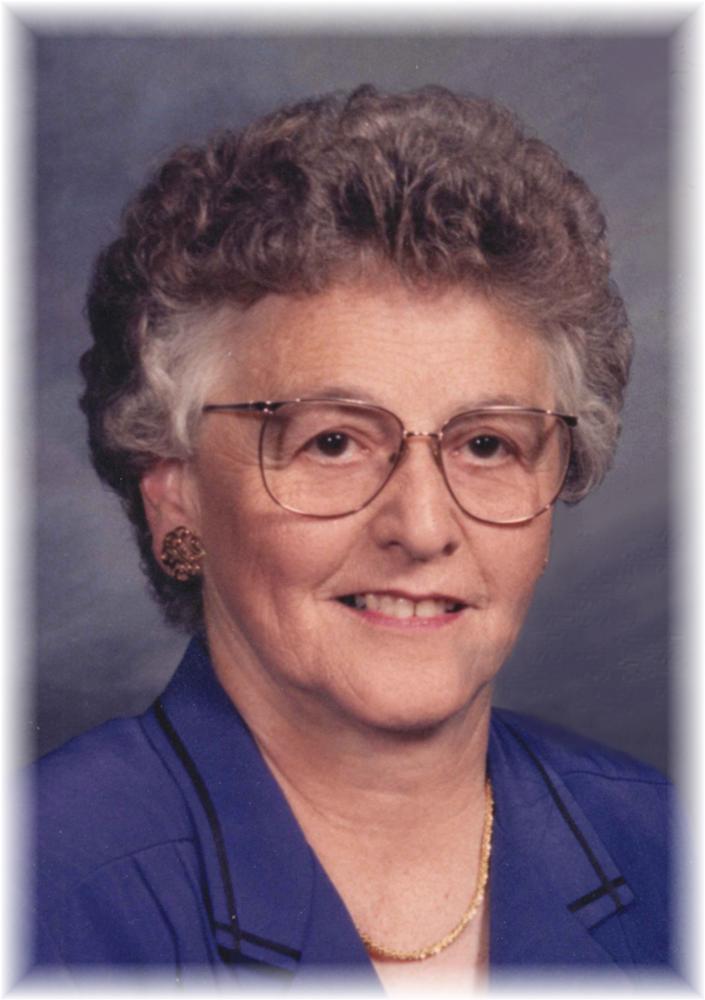 Please share a memory of Nellie to include in a keepsake book for family and friends.
View Tribute Book
Nellie Joan Bootsma, the daughter of Joe and Agnes (De Vries) Dykstra, was born on May 8, 1932 in Sheldon, Iowa. She lived her youth in the Sheldon area and attended grade school at Sheldon Christian. In 1949, she graduated from Hull Western Christian High School. Following graduation, Nellie was employed as a bookkeeper at DeJong & Fedders Hatchery in Sheldon. On January 12, 1951, she was united in marriage to Ted Bootsma at Sheldon. To this union six children were born. Nellie was employed at Kuiper's Grocery in Sanborn, Iowa while helping her husband on their farm. Nellie was a member of the Christian Reformed Church of Sanborn where she was involved in Ladies Aid and the Christian School Auxiliary. She served as a Sunday School teacher and also helped with Calvinettes. Nellie was always ready to do her part to help those in need, so she joined others on mission trips to Mississippi, and work projects in Mexico. In her spare time she enjoyed reading, working crossword puzzles, and baking pies; a sweet treat her whole family looked forward to. Even with her own busy schedule, Nellie always kept involved with her grandchildren and their various activities; they were her greatest delight. On Monday, June 9, 2014, Nellie passed from this life at the age of 82 years. Those left to cherish her memory are her husband, Ted of Sheldon, her children: Audrey (Doug) Tiedeman of DeSoto, Kansas, Roger (Gracia) Bootsma of Inwood, Iowa, Sheryl (Rodney) Rensink of Boyden, Iowa, Kathy (Steven) Ver Mulm of LeMars, Iowa, and Terry (Lori) Bootsma of Sanborn; 17 grandchildren; 25 great-grandchildren; her brother, Sid (Carol) Dykstra of Nipomo, California; and her sister, Shirley (Gene) Fokken of Greeley, Colorado. She was preceded in death by her parents, Joe and Agnes Dykstra; and infant daughter, Carol.
Print