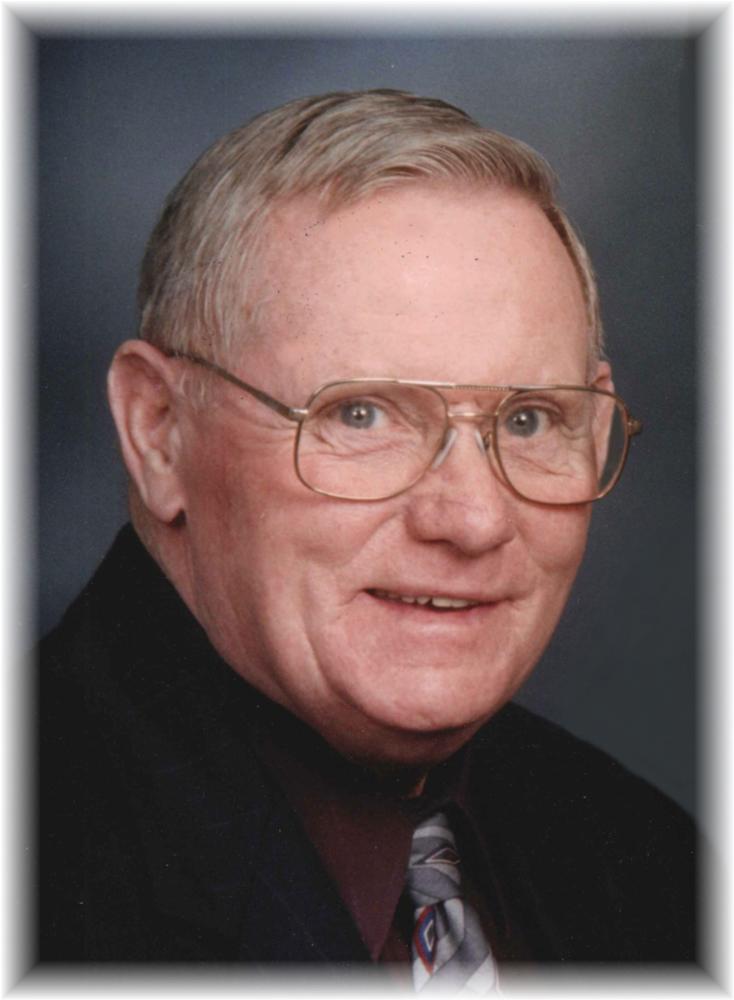 Marvin "Red" Bernard Drenkow, the son of Fred and Lenora (Hartwig) Drenkow, was born on the family farm near Melvin, IA, on February 21, 1934. He was baptized and confirmed at the American Lutheran Church in Melvin. His childhood years were spent on the farm, and he attended country school at Goewey Township #5 until the 8th grade, and graduated from Melvin High School in 1952. He later received one year of additional schooling through the G.I. Bill at Sioux Empire College in Hawarden, IA. In September of 1955, Marvin enlisted to serve in the U.S. Army. Just one week prior to his deployment, he was united in marriage to Shirley Jean Ver Hoef at the Little Brown Church in Nashua, IA. He was honorably discharged in June of 1957. A short time later, the couple settled on the Drenkow family farm, where they were still living at the time of his death. He enjoyed life on the farm, raising livestock, raising grains and milking cows. He later ran a corn sheller. Besides the busy life of a farmer, Marvin enjoyed participating in sports, including fast-pitch softball, fishing, hunting, bowling and golfing with the Lucky Lutherans. He even shot a hole-in-one. He was a former member of the board of directors for the Sanborn Funeral Home and Farm Mutual Insurance, and belonged to the Melvin American Legion and the Farm Bureau. He was a life-long member of the American Lutheran Church, where he taught Sunday School, sat on the church council, and was involved in many other church activities. During his retirement years he drove vehicles for Drenkow Motors. He enjoyed entertaining friends, and often had gatherings in the shed on the farm. But most of all, Marvin took great pride in his children and grandchildren, and traveled great distances to support their activities. Marvin passed away at his home near Melvin on Sunday, April 20, 2014, at the age of 80. It was his wish to be cremated. He was preceded in death by his parents and brother, Don. He is survived by his wife, Shirley and their children: Teresa (Jerry) Pomrenke of Milford, IA, Pamela (Robert) Groote of Sibley, IA, Timothy (Kathy) Drenkow of Melvin, and Laura (Rick) Gross of Manilla, IA; nine grandchildren and one great-grandson; a brother, Ron (Gladys) Drenkow of Sheldon, IA; a sister-in-law, Darlene Drenkow of Norfolk, NE; other relatives and many friends.
Print