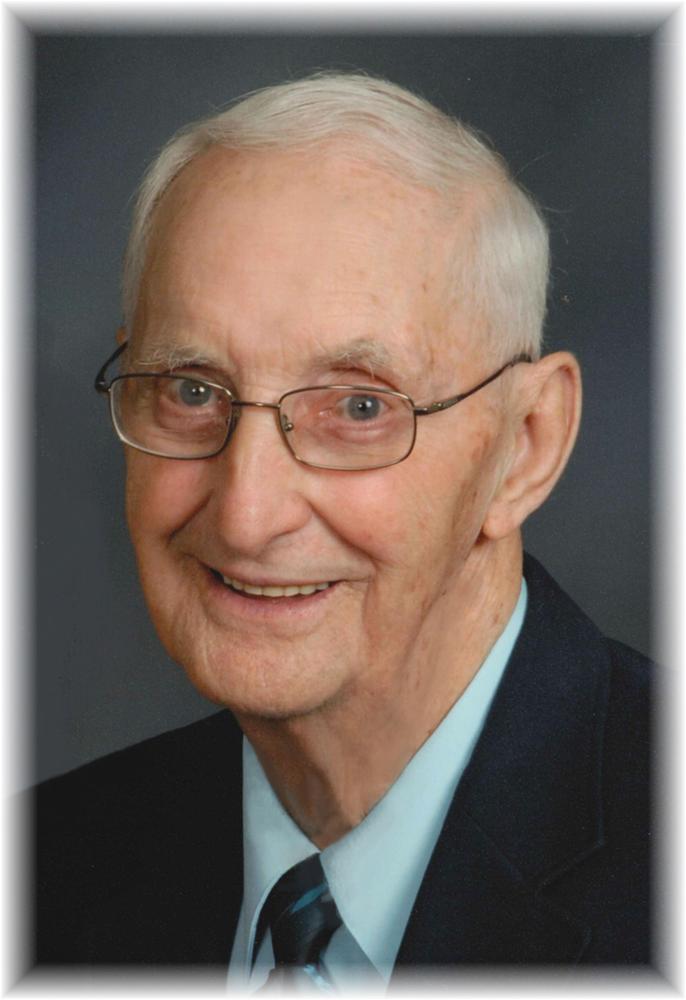 Willis "Bill" Andrew Van Kley, the son of Cornelius "Case" and Lillian (Van Iperan) Van Kley was born on March 25, 1928 on a farm near Cloverdale, IA. He lived his youth on the family farm along with his brothers and sisters, and attended country school at Cloverdale #2. In 1951, Bill joined the U.S. Army, serving his country during the Korean Conflict. He returned home after being honorably discharged in May, 1953. In June of 1953, he began working at the O'Brien County Creamery (later known as AMPI). On October 4, 1955, Bill was united in marriage to Dorothy Breuer at St. Paul's Lutheran Church in Hull, IA. Following their marriage, the couple made their home in Sanborn where their three children were born: Rhonda, Randy, and Keith. He retired from AMPI in 1991, and for the next 12 years, worked at the elevator during the spring and fall seasons. He was a life-long member of the First Reformed Church in Sanborn, as well as the American Legion, Earl T. Conaway Post #318 of Sanborn. Bill passed away on Friday, April 4, 2014, at the Osceola Community Hospital in Sibley, IA at the age of 86. Bill always enjoyed watching a good western on T.V. or reading a book on the same theme. Collecting toy tractors was also a favorite past-time. In warmer weather, he was fascinated watching all the different birds found in their backyard. His favorite times were spent visiting with friends, or surrounded by his family. "Uncle Willy", as his extended family called him, was always full of stories and jokes, and ready to share some "Dutch" words with his nephews and kids. Bill is survived by his wife, Dorothy; his daughter, Rhonda (Mike) Reekers of Spirit Lake, IA, his son, Keith Van Kley of Melvin, IA,; grandchild, Katie Reekers of Spirit Lake, IA; sisters-in-law: Mina Van Kley of Sanborn, IA, and Karen Breuer of LeMars, IA. He was preceded in death by his son, Randy Van Kley; his parents, Case and Lillian Van Kley; sisters: Jen Heemstra, Marie Bonsma, Stella Schiernbeck, and Hilda Roelfs; brothers: Steven, Arie, Alvin, Bert and Cornie Van Kley.
Print