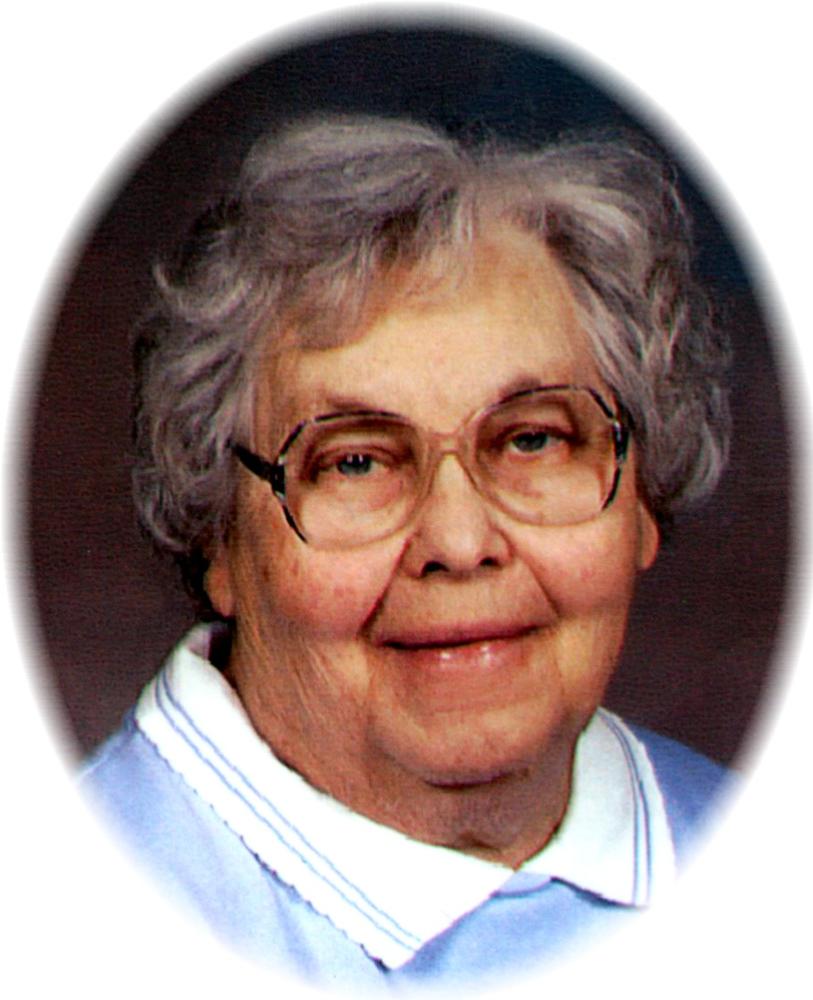 Please share a memory of Florence to include in a keepsake book for family and friends.
View Tribute Book
Florence Esther (Colshan) Mastbergen, the daughter of John and Esther (Ecklund) Colshan, was born on December 10, 1925 in Arthur, Iowa. She grew up in the Ida Grove, IA area, and graduated from high school in Calumet, IA. On December 10, 1944, she was united in marriage to Alvin Mastbergen in Cherokee, IA. During the early years of their marriage, Florence lived with her sister-in-law in California while Alvin was in the service. The couple later made their home on the Mastbergen family farm near Melvin, where they raised their five children: Sherry, Sue, John, Allen and Janet. They moved into town in 1998. Florence enjoyed knitting, and often made hats, mittens and dish cloths for her family. Hobbies included reading, cooking, baking and playing BINGO. More than anything else, she loved being a mother and a farmer’s wife. To most people, she was known as “Flossie”, and everyone who knew her would say that she was a very sweet and caring lady. She was a member of the United Methodist Church in Melvin, and the UMW. She passed away at the Osceola Community Hospital in Sibley, IA on July 21, 2008 at the age of 82. Survivors include her children and their families: Sherry Mastbergen and Francis Meister of Merrill, IA, Sue Mastbergen, John Mastbergen, Allen and Charlie Mastbergen, all of Melvin, and Janet and Paul Kleinwolterink of Gilbert, IA; nine grandchildren: Tom and Jennifer Coover, Leann Schoreder, Rob and Theresa Johnson, Kayla Mastbergen, Ashley Mastbergen, and Megan, Cody, Tyler and Dylan Kleinwolterink; six great-grandchildren: Paige Blochowitz, Devin Johns, Brie Schroeder, Cole and Chloe Coover, and Sierra Johnson; one brother Arnold Dwire and friend Patty Tjepkes of Ashton, IA; three sisters: Edith and Howard Wagner of Elk Point, SD; Bonnie and Marvin Brandt of Aurora, CO, and Lois Redden of Sioux City, IA; one sister-in-law Helen Jensen of Stockton, CA; other relatives and friends. She was preceded in death by her mother, father and step-mother; her husband, Alvin, on February 20, 2008; one grandson, Charles Egdorf; a sister-in-law and her husband Jeanette and George Rubsam; and two brothers-in-law, Dale Jensen and Eugene Redden. In loving memory of Florence Mastbergen Born ~ December 10, 1925 Died ~ July 21, 2008 Age ~ 82 years 7 months 11 days Funeral Service 11:00 a.m. Friday, July 25, 2008 United Methodist Church Melvin, Iowa Officiating ~ Rev. David Finley Organist ~ Pat Wachtel Congregational Singing “In the Garden” #314 “Ivory Palaces” (Insert) “Amazing Grace” #378 Pallbearers Leann Schroeder Megan Kleinwolterink Kayla Mastbergen Cody Kleinwolterink Jennifer Coover Tyler Kleinwolterink Theresa Johnson Dylan Kleinwolterink Ashley Mastbergen Tom Coover Paige Blochowitz Ushers Daryle Daggett Steve Wachtel Interment Baker Township Cemetery ~ Melvin, IA
Print