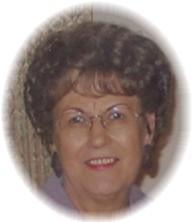 Please share a memory of Cheryl to include in a keepsake book for family and friends.
View Tribute Book
Cheryl (Dahlman) Thiele, the daughter of Clarence and Laura (Rubsam) Dahlman, was born on April 15, 1944 in Worthington, MN. She died at St. Luke's Hospital in Cedar Rapids, Iowa on Saturday, August 4, 2007, following a sudden illness. She was 63. Funeral services will be held on Thursday, August 9, at 11:00 at the Sanborn Funeral Home in Sanborn, Iowa. Visitation will take place one hour prior to the service at the funeral home. Burial will be in Baker Township Cemetery at Melvin, Iowa. A service will also be held in Clarence, Iowa at 1:00 pm on Tuesday, August 7, 2007 at St. John's United Church of Christ under the direction of the Chapman Funeral Home. Cheryl was the manager of the Casey's General Store in Clarence for 20 years. Survivors include her mother, Laura Dahlman of Melvin; two daughters, Danette (Keith) Nolte of Highlands Ranch, CO, and Delaine (John) Tanis of Camden, NC; three granddaughters; a sister, Marlene (Delbert) Schultz of Ocheyedan, IA; a special friend, Jim Boots of Clarence; many nieces and nephews; other relatives and friends. She was preceded in death by her father.
Print