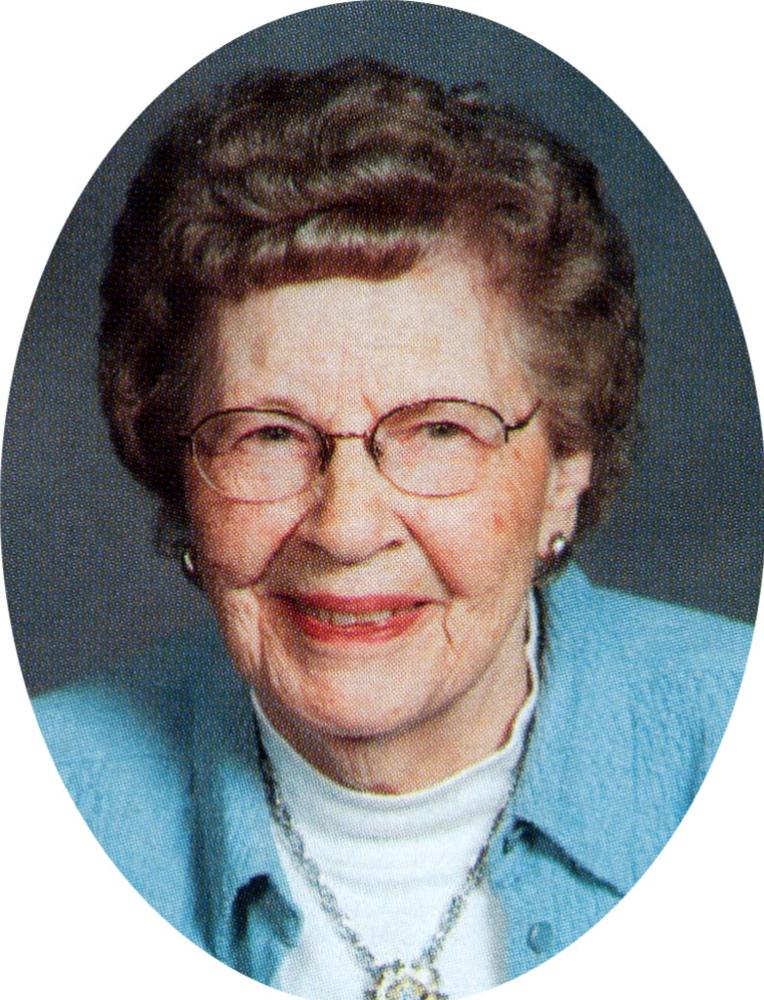 Please share a memory of Pauline to include in a keepsake book for family and friends.
View Tribute Book
Pauline (Scholten) Faas, the daughter of Anthony and Kate (Mouw) Scholten was born on February 15, 1913 in Doon, IA. Her childhood years were spent in the George and Matlock area where she attended school at Matlock. In 1936 she moved to Sanborn, IA. On November 25, 1937 she married Don Faas, Sr. at his parents home in Sanborn. To this union two children were born Colleen and Don Jr.. Following their marriage the couple continued to reside in Sanborn where she assisted her husband in their business, “Don’s 66 Service” . Don Sr. passed away on October 19, 1979. Pauline continued to live in Sanborn until her passing on July 1, 2007. Pauline joined the First Reformed Church in 1938 and was a member for 69 years. She was also involved in the Prairie View Auxillary and Guild Circle. Pauline was a skilled seamstress and loved to embroider dish towels. In her younger years she enjoyed gardening and raised beautiful flowers. She was the cornerstone of her family and taught them to be faithful and strong. Her love of the Lord shone throughout her life. She loved spending time with her grandchildren and great grandchildren. She is survived by her children: Colleen Barker and her husband, Bill, of Spirit Lake, IA, Don Faas, Jr. and his wife, Marcia, of Sanborn, IA; grandchildren: Lisa Acton and her husband, Dale, of Spirit Lake, IA, Ryan Lake of Lake Park, IA, Jason Lake of Spirit Lake, IA, Angela Morgan of Sanborn, IA and Dillon Faas of Sanborn, IA; great grandchildren: Tayler and Nicole Acton of Spirit Lake, IA.; sister Harriet Scholten of Worthington, MN, other relatives and many friends. She was preceded in death by her parents, her husband, one granddaughter Shawn Lake; a son-in-law, Lenis Lake; five brothers and three sisters.
Print