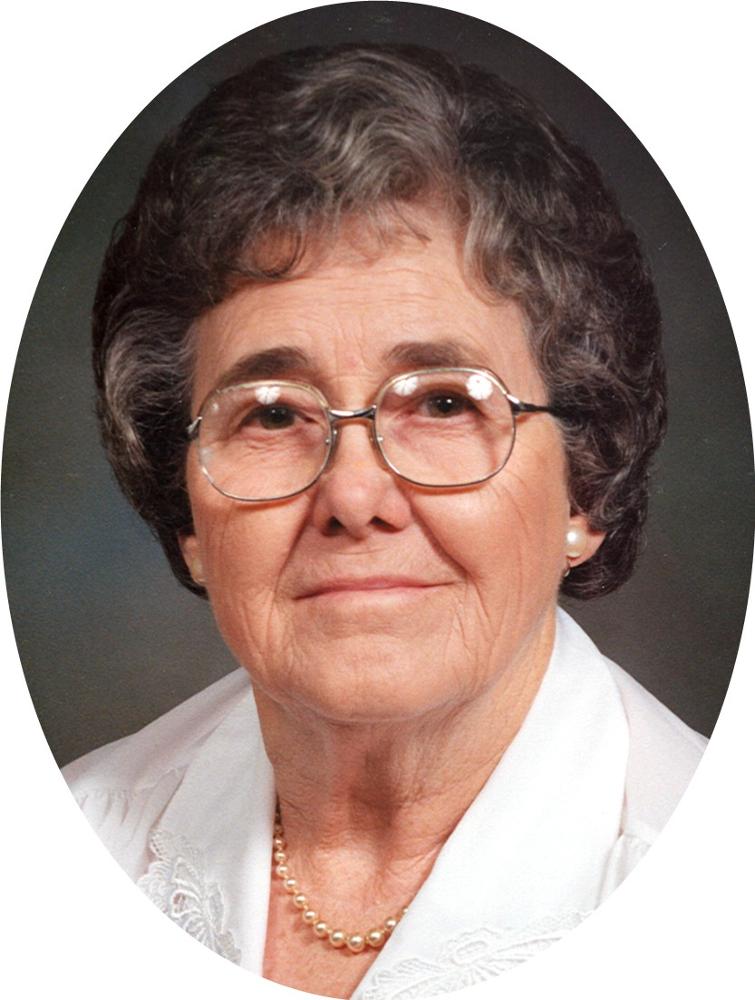 Please share a memory of Lucille to include in a keepsake book for family and friends.
View Tribute Book
Lucille Eva (Kramer) Walstrom, the daughter of Joseph and Mary (Lentsch) Kramer, was born on January 16, 1919 in St. Joe, Iowa. She spent her youth in the St. Joe area, where she attended St. Joe Catholic School. Following her school years Lucille went on to work in Algona and later in Spencer as a waitress. On June 17, 1947, she married Vernard Walter Walstrom. After their marriage, the couple made their home in Royal where Vernard built homes and Lucille helped with bookwork, painting, staining and varnishing at those homes. The couple also raised their five children; Kathryn, Douglas, Sharon, Thomas and James. Vernard and Lucille were very proud of the fact that their children all went on to earn college degrees. Vernard passed away shortly after the couple celebrated their 40th wedding anniversary in 1987. Lucille continued living in Royal until suffering from a lengthy illness of leukemia, congestive heart failure and kidney failure. She passed away on Sunday, June 17, 2007 at her home on what would have been her and Vernard’s 60th wedding anniversary. Left to cherish her memory are her children: daughter: Kathryn Walstrom of Royal, IA, son: Douglas Walstrom and his wife, Emily, of Rogers, AR, daughter: Sharon Wessling and her husband, Alfred J., of Bayard, IA and their children Alfred V., Teresa Trierweiler and her husband, Jason, Angela and Mark, son: Thomas Walstrom and his wife, Kathryn of Apple Valley, MN and their children: Adam and Travis and son: James Walstrom of Phoenix, AZ; her sister Magdalena Zeller and her husband, Alfred of Algona, IA; five sister-in-laws Viola Kramer of Algona, IA., Marjorie Frad of Spencer, IA, and Beverly Walstrom of O’Neill, NE, Charlotte Peterson and her husband, Bill, of Kenmare, ND, Darlene Petitt and her husband, Bud, of Sheldon, IA, as well as other relatives and friends. She was preceded in death by her parents; her husband; brothers: Clarence, Raymond and Urban Kramer; sister: Anna Marie Kramer; two sister-in-laws: Loretta Kramer and Irene Kramer; and two brother-in-laws: Virgil Walstrom and Bob Frad.
Print